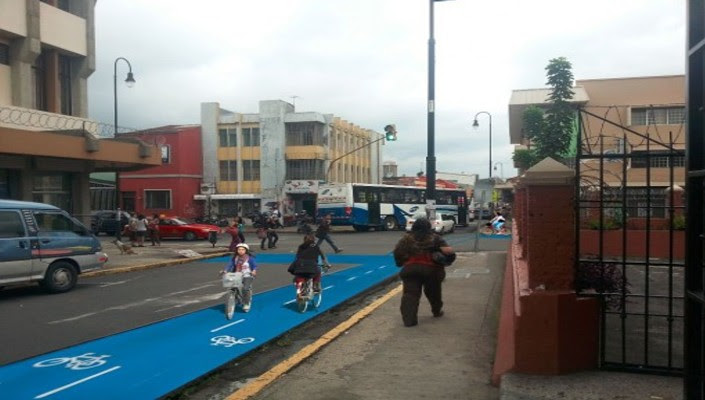 Within a month the first phase will be complete. This goes from La Merced to the “tribunales.”

It will be marked, painted and labeled by the end of the month. The second part goes as far as UCR and then the third goes in the other direction from La Merced to La Sabana.

The City allocated ¢190 million to the project, including money for an awareness campaign so people know about it.

Bicycle use may allow for faster travel as well as decreased car traffic and emissions.

The municipality will soon seek to emulate the bike rental service that Cartago has started. Pedestrians must learn to stay out of the bike path, both for their safety and to avoid fines.

Costa Rica to Build Convention Center By End of 2015