Costa Rica News – Although FATCA enforcement is being delayed do not expect to to get away with tax evasion in Costa Rica. Costa Rica is cracking down on fiscal evasion. 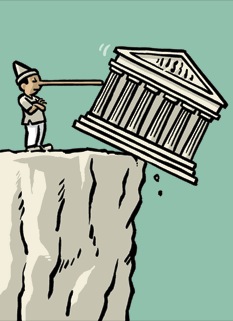 Luis Guillermo Solis’ government is on a mission to lower Costa Rica’s deficit. When he took office, he mentioned his plan to prevent fiscal evasion, and law makers are losing no time in making it a reality. The government’s goal is to lower the primary deficit to 1% of the country’s gross domestic product by 2015. In 2016, the goal is to eliminate the primary deficit.

The latest law project proposes that all individuals and businesses who are interested in any formalities with a public institution will first have to be up to date on their taxes. An example of this is anyone who wants to register a property will need to have paid his or her taxes in order to do so.

This is just one of the 55 specific steps that the law will include. Theses changes occur in various sectors, including technology, public spending, income, as well as investment and debt. Lawmakers are also contemplating a reform on the income tax and sales tax. Most of the congressmen are in agreement with the plan but would like to see a more integral proposition before signing anything.

To reach the government’s goal, Costa Rica has been reviewing budget cuts wherever possible. 2,500 open jobs in the public sector have been put on hold and the first budget cuts will be in trips taken by government officials.

Will a South American Team Win the World Cup?