Costa Rica News – Most expats go through a series of stages during their assimilation comparable to Elizabeth Kübler-Ross’ Five Stages of Grief. I know I did. When I first arrived in Costa Rica, my new life seemed like a perpetual holiday. 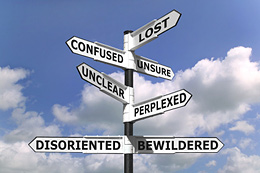 I was in awe of the natural beauty of the country, the kindness of the people, and constantly amazed by everything I encountered. Even the long lines and the inefficiencies of various government agencies became lighthearted adventures to write home about.

Once the novelty wore off, I became somewhat disillusioned. Not everything was as fun or entertaining as I once thought. I became aware of garbage-choked rivers, many people I encountered seemed to have ulterior motives, bank lines became a waste of my time and energy, and bureaucratic agencies were mind-boggling in their disregard for other people’s time and patience.

This, of course, led to deep frustration followed quickly by anger. I wanted things to be different, more like systems I was accustomed to in the states. How many times have I heard fellow expats (myself included) complain, essentially saying, “if they would only do it like we do back home.“

Then one day my husband and I were at a local soda. As we ate our lunch, we overheard a couple of expats kvetching about this and that. After fifteen minutes of this my husband leaned over to me and whispered, “If they want things to be like they are back home, why did they come here in the first place?”

That brought me up short. When I looked myself squarely in the mirror, I realized how much time I spent on the negative and how I must have sounded to the locals. And, believe me, they were far more aware of me than I ever was of them.

After that, my basic rule for survival and a good life in Costa Rica changed: learn as soon as you can that this is not your native country. It’s as simple as that. The sooner I learned that bottom line, the happier and more accepting I became.

Around the time I began living life this way, I also discovered on trips back home that US bureaucratic agencies suffered the same inefficiencies as Costa Rica, traffic snarls irritated me, and customer service is now an oxymoron.

My Costa Rican friends are not particularly happy with many aspects of their country, they are perfectly willing to acknowledge the shortcomings and criticize themselves, but they rightfully get defensive when they hear expats constantly grumbling. When I stop to think about it, I have quite a few complaints about my home country, as well, but hearing others rag on it grows irritating.

The one thing I know for sure: no matter how long I live here or how well I speak Spanish or how many friends and acquaintances I have, I will never fully understand how things work here because, quite simply, I am not a native. If my children were born and raised here, it might be different for them, but they, too, would probably never be accepted as an integral part of the society. In part, that is because this is a very close-knit and family-oriented society; the locals tend to spend time with their own and it never occurs to them to include outsiders.

Over time I have learned to relax and take a (more or less) Pura Vida approach to life. The Serenity Prayer is also not a bad rule for living in a foreign country: God grant me the serenity to accept the things I cannot change, courage to change the things I can, and wisdom to know the difference.

So, here are my Five Stages of Assimilation and some of the things you may experience along the way:

* Wonder: the newcomer’s syndrome, a time when we are full of admiration, wonderment, fascination, surprise, astonishment, stupefaction. In a word, we are smitten.

* Disillusionment: the discovery that something is not as good as we believed it to be, we begin to see the country and its faults.

* Frustration: annoyance, especially because of a perceived or actual inability to change or achieve something as easily as we did back home.

* Anger: Hostility toward the very system that at one time seemed so charming. An overriding desire to make things different.

* Acceptance: Acknowledgement of the situation without attempting to change it, protest it, or exit. This concept is close in meaning to acquiescence, but is slightly more removed. Ommmmmm…

Over the past 20 years I have hit any and all of these stages, sometimes all of them in a single day. So think about what you say and do in public, and…relax, it’s not your native country. Instead, remember the things that originally enchanted you, let go, and enjoy.

Best Souvenirs for You to Remember CR

Jaco Rays Put Up a Fight Against Saprissa