Costa Rica News – Although the PLN party is of course denying these claims that have come forward with all the corruption that has come along with the Chinchilla administration would you really doubt the claims of them offering bribes?  The decision is up to you but I know what I think. 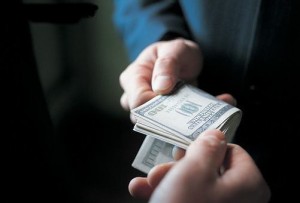 Jose Gonzalez Chacon manages a Facebook page entitled, “Humor a lo Tico,” a comical page. He filed a complaint with the Supreme Elections Tribunal (TSE) regarding attempted bribery against the PLN, the ruling National Liberation Party.

He posted his accusations and audio files as proof of an alleged conversation between him and a PLN campaign worker who offered him money to publish memes attacking rival candidates. He was also warned to leave presidential candidate Johnny Araya out of his comical posts.

“Since the TSE will not accept my online complaints, as they were made on a social network, I decided to file a formal complaint at the TSE, and I’m also presenting the relevant evidence,” González said. He brought a series of screenshots and recorded conversations with the man who claimed to be a PLN campaign rep and offered him $200 a month.

The PLN campaign manager denied any involvement in this “smear campaign aimed at discrediting Araya and his party.” Article 279 of the country’s Electoral Code talks about “crime against a voter’s self-determination…through the use of gifts…or threats.” Anyone found guilty could face 12 months in prison, or 6 years if they are public employees.

The PLN has been creating similar messages and internet memes on other comedy pages. These have been circulated widely in the last few days. Most of them target Jose Maria Villalta.