Costa Rica News – In a push to try to put more hybrid vehicles on the road in Costa Rica and try to move toward carbon nuetrality, Costa Rican President Laura Chinchilla signed a bill on Monday to slash taxes on hybrid cars by 20 percentage points, in a bid to cut fuel emissions.. 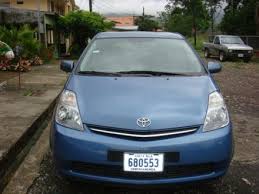 The 2006 tax will be cut to 10 per cent, well below the 30 to 53 per cent tax rates levied on vehicles fueled exclusively by gasoline and diesel but still higher than the zero-tax status enjoyed by electric vehicles.

“In this bill we’ve incorporated incentives that should be seen as signs that Costa Rica wants to keep moving forward in its determination of achieving its carbon neutrality goal”, Chinchilla told reporters. Humorous considering they were about to have China help them revamp a refinery on the Caribbean side of the country.

The tax break applies to sedans, motorcycles and some pick up trucks that run on both gasoline and electricity.

The only hybrid model sold in the Central American country is the Toyota Prius, but Nissan is looking to start selling its Leaf model soon, according to a spokeswoman for Costa Rica’s Environment Ministry.

Costa Rica has set the goal of becoming carbon neutral by 2021, which means that any industrial emissions will be offset through different mechanisms, like taxation, reforesting to soak up greenhouse gases, and using clean energy.

So basically if you buy a Toyota Prius in country then you will get a tax break…..woppidee friggin doo.

How about applying that to imports and reducing the up to 79% import tax that you apply to imported hybrid vehicles?

I think that it is a step in the right direction but honestly does anyone really think that reducing the taxes on 1 vehicle type in all of Costa Rica is going to do a frigging thing in obtaining carbon neutrality by 2021?

Why is the USA Spying on Costa Rica?