Costa Rica News – You all thought I was kidding when I said that Costa Rica had sold its’ soul to China on Laura Chinchilla’s “Support Shark Finning Trip”. It seems that this sale happened a few years back and now the corruption between the Chinese and the Costa Rican government is just beginning to be shown. Lady Laura and her band of thieves know that she might be out of office soon and need to take full advantage to line their pockets with as much stolen, corrupt money as possible. 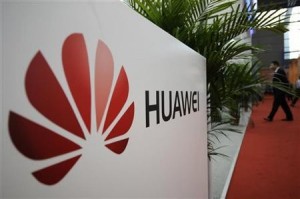 The comptroller investigates why the Board authorized the $4.6 million to the Asian firm for 126 base stations, that were not yet  installed or functioning.

This shift took eight months in advance and then unilaterally amended the contract with Huawei.

The investigation was initiated following a complaint filed in June of 2011, by Rep. Luis Fishman Social Christian.

Among the investigated include Abraham Madrigal, who held general management and presided ICE Procurement Board and Claudio Bermúdez, then deputy Telecommunications Institute.

It also cited the deputy Finance, Luis Mauricio Moreno, the director of procurement, Waldemar Núñez, the 3G network project manager, José Pablo Blotta, and the director of the Division of Networks and Systems, Ivan Flores.

Bermudez, Pacheco said Madrigal and be respectful of the investigation of the Comptroller and precautionary measures. It was not possible to achieve the criterion of the others involved, who have tried to locate in various ways.

The best part about this is this complaint was filed over a year ago and is just now being brought to light.  I guess someone did not get their share.  One thing that the Costa Rican government will learn is there is no honor among thieves.

Communist China will get their revenge. However, the poor Costarricense will pay for the so called leaders/thieves. The money gone unaccountable. Oh well Business as usual.