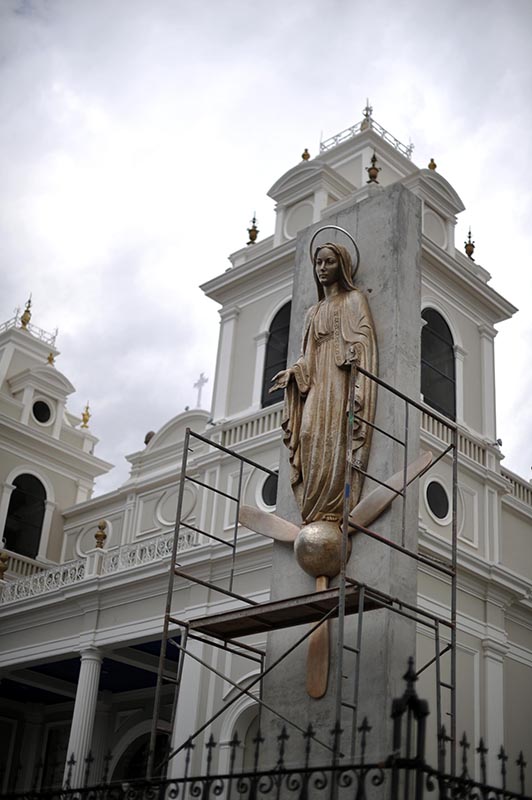 This concert was part of the restoration process that the church has been undergoing for years.

This event was considered the opening ceremony for two new pieces, a bell and a virgin.

The bell originally belonged to the St. Vincent de Paul church in Manhattan. It weighs 5,500 pounds which is the largest in the country.

The bell was officially retired after the demolition of St. Vincent de Paul.

The virgin statue is 6.5 meters. The virgin is known as Our Lady of the Skies. It spent most of its time at the JFK airport in New York until it was taken down for remodeling. It dates back to 1951.

Both bronze pieces were donated by the diocese of Brooklyn, New York, United States.

After the inauguration of the structures, the concert will begin.