Costa Rica News & Events – When it comes to Christmas traditions in Costa Rica, bullfights rank right up there with tamales and nativity scenes.  But this the fights will not just be in the Zapote bull ring. 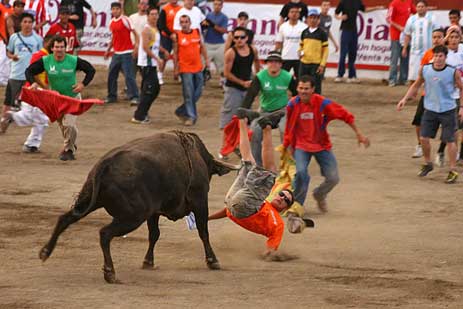 The best bulls have moved. This year, instead of taking over Zapote as they do annually, they will fight in the Pedregal Event Center, which is in Belén. The movement is just an administrative change, it won’t lessen the holiday fun in any way.

The change in concession affects the top 8 groups of bulls. They have been winning in Zapote for years and its time to show their talent in a new arena.There is a lot of nostalgia in Zapote, but the business owners decided on Pedregal for this and the next four years.

Zapote is not going down without a fight, however, as they will showcase new bulls. So this year we will have two holiday fairgrounds with bullfights, mechanical rides and games for kids and kids at heart. Both locations will be broadcast on TV.

Instead of the ¢15.000 entrance at Zapote, you can watch the bulls for just ¢8.000 in Pedregal, but I don’t know anyone who will skip Zapote altogether. For at least one night this holiday season, everyone will grab some cowboy boots and head to Zapote with friends because traditions don’t die easy.

The Morning After Pill to be Legal in Costa Rica?