Costa Rica News – Costa Rican authorities say they have arrested a drug trafficker wanted in El Salvador as he entered the country hidden inside a trailer truck driven by his father, who was also arrested. 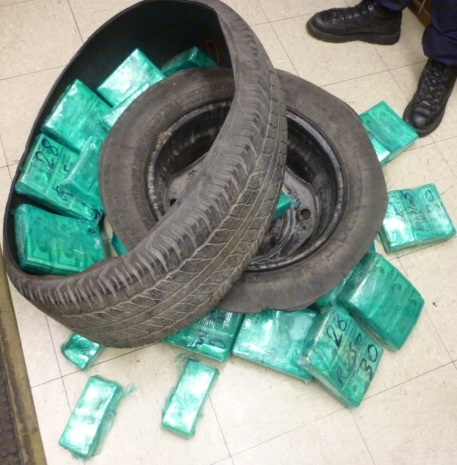 They found $1.1 million in cash hidden in a spare tire.

Salvadoran officials say the abandoned truck is registered to a Yaison Davila Martinez.