Costa Rica News – Maybe it is just me but does anyone else see the actions of the Costa Rican government directly contradict what they are saying? The goal of being carbon neutral and being “green” seems to not really walk hand in hand with this project. 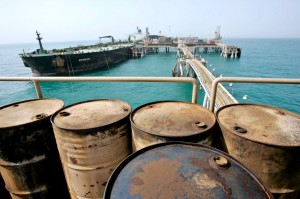 I thought the goal was to move away from fossil fuels and become more dependent on biofuels, nut like most things in Costa Rica if it calls for work and effort then it will be abandoned.

Construction has started on a $96 million oil terminal in Moin, a port on Costa Rica’s Caribbean coast, the government said.

President Laura Chinchilla laid the cornerstone for the terminal during a ceremony on Monday in Moin, which is in Limon province.

The oil dock is expected to begin operating by the end of 2014, officials said.

The oil terminal’s expansion is being funded by state-owned Refinadora Costarricense de Petroleo, or Recope, and the dock is being constructed by Mexican-Costa Rican consortium MECO, which won the bidding for the project.

Tankers arriving at the new terminal will be able to unload their oil 24 hours a day.

How to Legally Work in Costa Rica