Costa Rica All But Wraps Up Qualifying for The World Cup 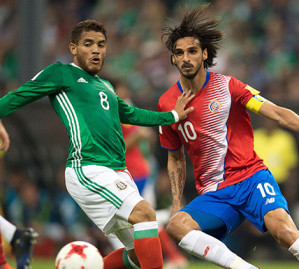 Still, the team celebrated the near victory. From the 74th minute, Daniel Colindres joined the game giving another face to the Tico team.

Marco Urena was the one who scored the goal in this double eliminator date.

He later gave an interview about the record with Mexico. He explained that while it was not a direct hit to Russia, the Sele is now closer to their goal.

Oscar Ramirez added that they wanted to close the standings but are where they are. The victory was needed to target the world cup with the previous tie between the US and Honduras and Panama’s triumph against Trinidad.

Christian Bolanos nearly scored with a clear opportunity but it was not his day on the field. The crowd nearly cheered the goal that didn’t happen. A minute later the Mexicans scored.

Luckily, Urena got a powerful shot that the Mexican goalkeeper failed to reach, tying the score.

Looking Ahead, Without Tomorrow