If Members believe that the President is corrupt or inept, they can  open a political trial and depose her. That is the proposal made by two citizens through a bill that legislators themselves are generated with suspicion and resistance in public opinion. 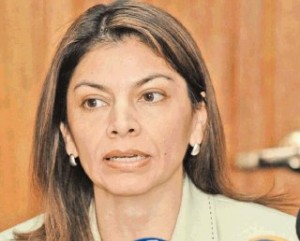 The plan submitted to the law office of People’s Congress Initiative Garita and Sergio Avila Edgar Solano Cespedes, who say they acuerpados by dozens of people.

Poses to amend Article 121 of the Constitution to add a further allocation to Members: “Impeachment Summary Subjecting the president, vice presidents, ministers, chief executives, Comptroller or the Comptroller.”

In the event that a qualified majority of congressmen are found guilty, will issue an immediate and irrevocable dismissal. It would be similar to the way deputies threw out Paraguay Fernando Lugo in June.

The only legislator who expressed agreement with the proposal was the head of the libertarian bloc, Carlos Gongora, who said yesterday he would be willing to drive it in the Assembly after his advisors review.

“It’s a matter of checks and balances. If a president does a bad job, we should be able to call and let her go. We can not afford to be corrupt or incompetent persons as head of government, “said Gongora.

Other Members who could be reached in these legal holidays were Juan Carlos Mendoza (PAC), Fabio Molina (head of the ruling fraction) and Luis Fishman (PUSC spokesman).

All three felt that it would be wrong to grant this power to Congress as it could be used to generate further instability in the mandates.

“Put a picture of the parliamentary system itself is to have a demagogic tool for the first hour of a government make life impossible,” said Molina.

Fishman and Mendoza said they would agree only in the possibility of dismissing ministers when they pass votes of censure that so far these have no penalty.

He proponent Edgar Avila, a businessman and former presidential candidate by the party of Justo Orozco said the plan is not intended to go directly against the current president, Laura Chinchilla.

The PLN will never allow this. However, President Laura Chinchilla has bitten off more than she can chew. Out of 22 ministers some 13 have left it maybe more. So sad for the the hard working Ticos and I do not mean the Diputados or other ministers.