To listen and watch Carlos Kleiber conduct Beethoven’s 7th Symphony, even on YouTube, is to know in one’s heart that there is intelligence beyond the mind of man. Opera singer Placido Domingo called Mr. Kleiber “a wizard” and said, “In my experience there’s nothing in musical life better than a rehearsal with him.” 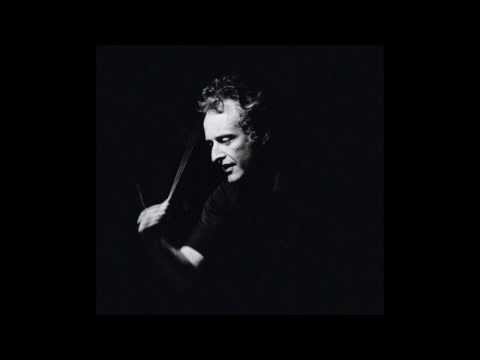 Kleiber’s performance (a word at once too small and too big for him) is an expression of not only his joy, but also an ineffable bliss flowing through him, giving literal meaning to the phrase ‘music of the spheres.’

Even just the first movement of this sometimes choppy and blurry YouTube symphony is the closest thing to proof of the Taoist insight of ‘chi’—the vital force inherent in all things—that I’ve seen in human artistic expression.

At moments building to crescendo, Kleiber is a whir of arms, but at moments of climax, he is as calm as a millpond, standing with folded arms as the orchestra completes a stupendous marriage of instruments and sounds.

Behind the exquisite interpretation by conductor and orchestra of Beethoven’s 7th is the composer himself, conducted with such clarity and force that one feels he is present. And indeed, with such performances, Beethoven, as all great composers, is still alive.

The smile that creases Kleiber’s face during much of the performance is as mysterious and evocative as the Mona Lisa’s. You’re drawn in by him, warmed by an unseen glow, and inspired by the sounds and sights flowing through him to squeeze the nectar out of one’s own life.

One is listening (through headphones preferably) and watching (albeit on a flat screen from afar) to the summation of the hours of practice of orchestra and conductor. A symphonic performance contains all the unseen corrections and repetitions of musicians and maestro, until they come as close to perfection as they can come at a given moment.

The concert is also the expression of the relationship between the musicians and the conductor—the frustration and fulfillment, the command and collaboration, the interval and intimacy.

Even so, Kleiber, who died in 2004 at 74, was known for intense self-preparation more than intensive rehearsal. After rehearsal, he would often leave polite notes on players’ desks, such as, “This bit I think could be a bit more forceful and audible. Many thanks and kind regards, C. Kleiber.”

In the largest sense, a great conductor is like a lightening rod that conducts bolts of electricity to the ground. The energy of the universe flows through him or her for an instant in time, illuminating the timeless.

We are all potential conductors to the degree of our capacity in this lifetime. Indeed, it is our responsibility as human beings to awaken that capacity within us. 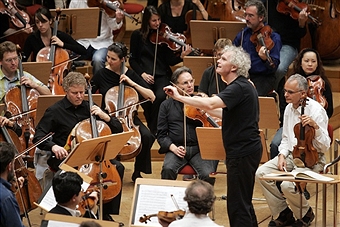 Conductor Sir Simon Rattle of the Berlin Philharmonic, said of conducting, “there is something that happens, and the really gifted people have an ability to make a shape in the air, as Carlos Kleiber, the greatest of us all did.”

“You want people to breathe together in one way…you are like the force through which the electricity goes…I’m not making it happen.”

Rattle added, “If you’re smart, you’re never going to do it the way you’ve done it before…the worst thing in music is remembered emotion. Make it new every time.”

That describes how to live each day, how to make our life art, no matter what one’s work is.

Good art provides an echo of the bliss beyond symbols; great art is infused with the wellspring of insight, and is one of the highest expressions of grace and love in the human being. Such is the case with Kleiber’s conducting of Beethoven’s 7th.

Listening isn’t possible when there is remembrance and association. One listens, when one truly listens, with more than the ear. To hear the whole sound, and the music within and behind all sounds (even the music in noise), the mind-as-thought must be deeply quiet.

The mind that is gathered yet completely open, inclusive of every note but able to focus at any instant, is able to ‘hear’ things that cannot be put into words, and for which the best music can only intimate.

With content-consciousness having reached its saturation point in humankind, we can either be conduits for collective darkness, or conductors of cosmic insight and harmony.

Where to Find Organic Food in Costa Rica