Clint Dempsey: United States’ vs. Costa Rica A ‘Must-Win’ for USA at the Copa America 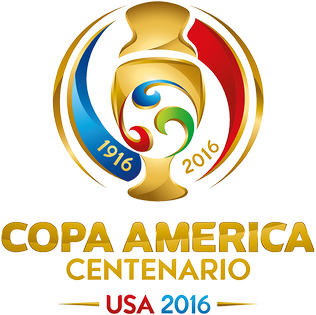 The Americans lost their opening match of the tournament on Friday against Colombia. But the U.S. could advance to the knockout stage with a tie against the Ticos and a win against Paraguay in their final Group A match on June 11 as Costa Rica and Paraguay played to a scoreless draw on Saturday in Orlando.

But Dempsey, who is second on the USA’s all-time scoring charts with 49 career goals, doesn’t see it that way.

“It’s a must-win situation, backs against the wall,” Dempsey told reporters on Sunday, shortly before the national team trained at the University of Illinois-Chicago.

That’s true even if the Ticos won’t be at full strength. The visitors will be without goalkeeper Keylor Navas, whose heroics helped Real Madrid win the UEFA Champions League last month but who will miss the Copa with an Achilles injury.

Vancouver Whitecaps center-back Kendall Waston, a finalist for the MLS Defender of the Year award in 2015, is also unavailable after picking up a red card in the dying moments of Saturday’s match.

Still, Costa Rica advanced further than any CONCACAF team at the 2014 World Cup, losing to the Netherlands on penalties in the quarterfinals in Brazil. And they always play the Americans tough, winning each of the past two meetings.

“They’ve shown in major competitions that they can perform well, like they did last World Cup,” Dempsey said. “We’re on home soil. We got to bring it.”

Fans of the United States were outnumbered by their yellow-clad Colombia counterparts in Friday’s loss at Levi’s Stadium in Santa Clara, California. But a pro-American crowd is more likely on Tuesday, as Costa Rica have a far smaller population of expatriates stateside.

“We have to go out and motivate the crowd, work hard and inspire them and get them on our side,” Dempsey said. “We appreciate the support. It’s always awesome to be in the stadium and have a pro-American crowd.

“But at the same time, actions speak louder than words. We have to go out there and show what we can do.”

America’s Place In the World