Clean up the Crime Costa Rica!

I live here and I love this country so to write something bad just makes me very sad. Here again though, I must write about the crime that is causing serious issues in San Jose, the capital. Please note I am not writing about the whole country, just San Jose… but for now, I must caution CRT readers to be very cautious if they must drive in San Jose, especially the downtown area. 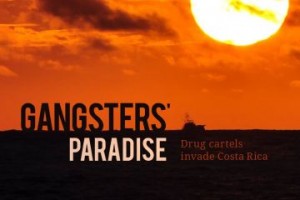 The bad guys are winning! To be clear, I am talking about the theft of cars and the break-ins to cars left unattended. Especially violent thefts.  Those who travel via taxi, while certainly needing to be constantly alert, are not so affected.

The stats speak for themselves.  From January through November, about 2,200 were stolen. That is one about every seven hours.

If you broaden the area to include the entire province of San Jose, 16 persons daily are victims, and many of those are subjected to violence. These figures include breaking windows and other crimes not directed at the driver. While the actual numbers of these crimes is not increasing, the percentage of violent episodes is way up!

Now to me, this is just crazy. Costa Rica depends on tourism and not a few tourists like to visit the capital. The Teatro Nacional, Gold Museum and many other places are certainly worth a visit. Of course many tourists never visit San Jose, preferring the volcanoes, mountains and beaches, but still, the country just has to do something.

The Director of the Organismo de Investigación Judicial (OIJ) is seen at least weekly on local TV stating this is just getting out of control and begging for money to hire and train more officers. It appears to me that he is being studiously ignored by the government. If Costa Rica does not belly up and deal decisively with this problem, tourism will fall off and the cost then to add officers will be an even more serious problem.

There are about 50 guys who work the airport, carrying luggage, helping visitors. This does not include the myriad of drivers looking to ferry folks to Jaco, Arenal, etc. I know them all. Everyone is complaining about how tourism is seemingly falling off. They blame the recent devaluation of the dollar, which is nonsense! Nobody is going to cancel a trip because of that. But I DO think that Costa Rica is gaining some international repute as a country where there exists violence. This (and really stupid things like requiring kids to have passports) is what I think is the real issue. The new tourist police force may be a step, but the crimes against Costa Ricans are at least as serious as those to make the news.

Only in Costa Rica for Week of Nov 5th

Votes for Romney Being Changed to Obama in Battleground States