Costa Rica Business News – (Reuters) – Costa Rican President Laura Chinchilla on Monday sent a bill to Congress that seeks to limit the interest rates banks and stores charge on credit both in colons and dollars, the Economy Ministry said. 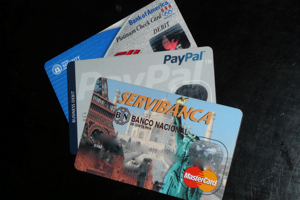 The bill would forbid credit when the interest rate charged is more than double the average rate over the past three months in the regulated national financial system.

The Economy Ministry said the bill was aimed at preventing banks from abusing consumer rights by charging excessive interest, particularly on credit cards and credit extended by stores.

The average interest rate over the past three months for credit in colons was 17.39 percent, meaning the maximum rate allowed if the bill were already approved would currently be 34.77 percent, the Economy Ministry said in a statement.

It said it had detected rates of up to 60 percent on store credit and around 50 percent in the private banking sector for credit in colons.

The average rate for loans in dollars over the past three months was 10.90 percent, and would be capped at 21.80 percent if the bill were in effect now. The central bank would publish the interest rate limit for credit every three months.

Last January, caps on lending were announced in a bid to curb a credit boom driven partly by the gap between local and U.S. interest rates, along with capital controls on foreign investment, which are still before Congress. (Editing by Simon Gardner and Leslie Adler)