If you want to understand America in 2013, consider Chicago. The slaughter of African-Americans, mostly by gangs in segregated sections of Chicago, has reached pandemic proportions, with 506 murders in 2012, and 3 on this New Year’s Day alone. 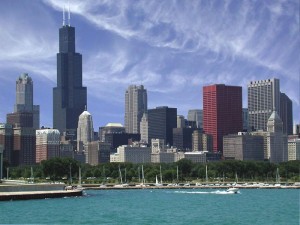 Meanwhile, in the prosperous and largely crime-free white areas of the same city, residents say things like: “This area is a bit of a Garden of Eden.” Extreme disparities of education, opportunity, income, race and class sit side by segregated side in Chicago, a microcosm of the nation, and the world.

Having grown up in Michigan, I’m fairly familiar with Chicago. I like the city, and recall the organized chaos of a top-tier indoor track meet there 1970. Nearly 30 years later, I brought a leading Kenyan activist to Chicago in 1999. Late into the night in our motel room, he told me stories about his imprisonment and torture under Daniel arap Moi, stories that made the hair stand up on the back of my neck.

Some lines from Carl Sandburg’s Chicago are also etched in memory, and hauntingly bring the present state of that once great city, and by extension this once great nation, into sharp relief:

And they tell me you are crooked and I answer: Yes, it is true I have seen the gunman kill and go free to kill again.
And they tell me you are brutal and my reply is: On the faces of women and children I have seen the marks of wanton hunger.
And having answered so I turn once more to those who sneer at this my city, and I give them back the sneer and say to them:
Come and show me another city with lifted head singing so proud to be alive and coarse and strong and cunning.

President Obama’s political birthplace and adopted hometown is Chicago. But now Chicago, once the biggest ventricle of 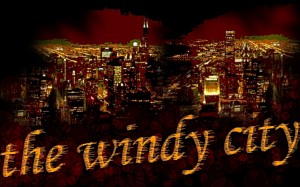 America’s heartland, pumping the minerals and materials of industrialism into the arteries of a young nation, is clogged with hatred, sorrow, and indifference.

They say that ‘as California goes, so goes America,’ but perhaps it’s even more accurate to say that as Chicago goes, so goes the world. Man-made barriers centuries old, barriers that no longer exist as nations but as huge divides of race and class, of geography and wealth, keep half the people of the world down, with an invisible boot on their necks, while a few percent at the top profit obscenely.

Whenever I think of Chicago, my friend Edward comes to mind. Having been a leading professor at the University of Nairobi, he became the head of an activist academic union, and ran afoul of Moi’s repressive regime. Imprisoned and tortured, he moved to Germany when he was released.

After a while, Moi asked him to come back, assuring him that he would not be subject to arrest again. But as Moi so often did, he broke his word, and Edward was arrested and tortured again. When I knew him after his second internment, he had been invited to an anti-corruption conference Washington with then Vice-President Al Gore. 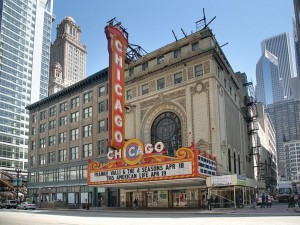 When I learned that he was unable to get a visa or finance the trip in time, I called Transparency International in Europe, to establish his bono fides, and then called the White House, saying we needed to get this fellow here. In short order, everything appeared through USAID, the fastest he’d ever seen it happen, a government worker there told me.

After the conference we met in Chicago, and Edward was excited to the point of ebullience because he had just been appointed to Kenya’s Constitutional Commission. I asked him how, given his experience with Moi, he could accept such a dangerous position with such optimism. “I love my country,” is all he said. Shortly after he returned to Kenya, Moi dissolved the commission.

Edward also had a relative injured in the American Embassy bombing in Nairobi, and was involved, as a sociologist, in counseling victims and their families of that despicable act of terrorism, which was a prelude to the 9.11 attacks in America. We had long talks about what was happening in the world.

Edward agreed that it was important to understand America, not because it is “the indispensable country,” as the Secretary of State under Clinton-Gore called the USA, but because American culture has swept and continues to sweep the world.

The truth is that the fire has gone out in the North American culture hearth, leaving only ashes, which smother individual souls as surely as angry embers snuff out so many young lives in Chicago.

Can African peoples, who still have a chance not to be sucked into the global cultural vortex, remain inwardly alive, and create something new for the world? Wouldn’t that be ironic?

Only in Costa Rica for Week of January 7th