Well move over George Clooney and Richard Gere, looks like there is a new sexiest man alive.  Might as well give a treat of an article for all those women out there that are in lust with Channing and any “Metrosexual” Tico guys (Keep Telling Yourself that you are not gay) that are still trying to hide their true sexuality. 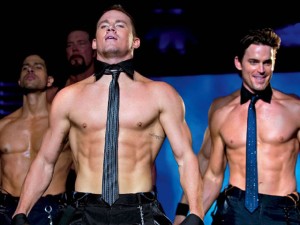 Within minutes of People magazine’s declaration that Channing Tatum is the sexiest man alive, fevered protests erupted on Twitter and beyond. Haven’t they heard of Joseph Gordon-Levitt, they asked? What about Daniel Craig? Channing can’t act, and anyway, he isn’t even hot; he’s all beefcake; he’s “a gyrating human potato.” BuzzFeed had a full-on meltdown, publishing no fewer than three articles that disputed Tatum’s sexiness, including one that featured 27 dapper photos of a preferred pick, Ryan Gosling. Even my Slate colleague Amanda Hess decried the choice on Double X, calling it “Republican in a Democratic year.”

Tatum is surely used to the hate. Ever since he did his first goofy backflip off a car in Step Up, his breakout role, he’s been pegged as bland, assembly-line, wooden—a studio mogul’s cynical cut-out of a movie star. Tabloid details have filled out the narrative: He’s from backwoods Alabama. He drinks Coors Light. He gets fat between movies. The Tatum we get on screen is merely an industrial product, and pity those poor teenage girls and gay guys who are forced to endure his smoldering pout in movie after movie.

These are all lies. Well, he really is from Alabama and drinks Coors Light, but you know what I mean. Channing Tatum is indisputably sexy—and hardly the vacant slab of low-quality chuck people insist he is. Look no further than Magic Mike. Tatum developed Steven Soderbergh’s utterly infectious male-stripper movie from the start, basing it on autobiographical details from his own disrobing days on a Florida stage. In addition to serving as producer, he turned in a brilliant performance, funny and committed—he manages to be sexy even as he and the movie make fun of the spectacle of men trying to be sexy. Magic Mike is an ingenious feature-length rebuttal to all the dismissive eye rolls his 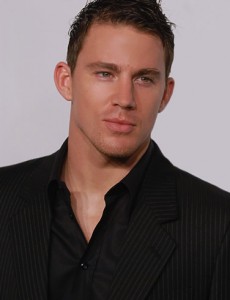 And Tatum showed promise long before his signature role. It’s true that he sometimes overly relies on those pretty eyes of his—especially in the endless parade of gauzy Nicholas Sparks movies he’s done. But he’s bracingly raw as a doomed Queens youth in Dito Montiel’s A Guide to Recognizing Your Saints, and he brought surprising soul to an underground fighter in Montiel’s underrated Fighting. He dances without shame (or, apparently, a spine) in Step Up and some of its sequels. He’s easily the funniest thing in the surprisingly funny 21 Jump Street. Hell, he’s more entertaining (and hot) being chased down by Christian Bale for two minutes in Public Enemies than Johnny Depp (a two-time previous Sexiest Man Alive) is in the entire movie.

I suppose we should not get so worked up about some silly list in a magazine most people pass over for the National Enquirer in checkout lines. But it’s absurd that people want to use this latest career notch to underestimate Tatum once again. He has demonstrated genuine range as an actor, he takes a ridiculously good photograph, and he turned a sleepy $7 million movie about guys taking their clothes off into one of the year’s movie going phenomenons. If People’s Sexist Men Alive is going to exist, there is no better candidate for it in 2012 than Channing Tatum.

Taxes Increasing on 70% of Vehicles in Costa Rica