Changing Marriage in the Eyes of CR Politics

Costa Rica News – Costa Rican political norms no longer consist of the perfect single marriage. None of the candidates, most likely to win on February, comes with one marital relationship on their curriculum. 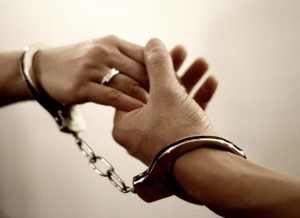 Only two of the candidates are married. Johnny Araya, from National Liberation (PLN), married for the fifth time this past July. Rodolfo Piza, from the Social Christian Unity Party (PUSC) has been married twice. Luis Guillermo Solís and José María Villalta, part of the Citizen Action (PAC ) live with their partners in free union, while the libertarian Otto Guevara is divorced and is currently in a relationship.

The marital status of applicants in the political world reflects a society where more than 800,000 people are cohabiting, divorced or separated. The group grows and is not far from the 1.1 million who are married.

The candidates agree that society has changed. It is certainly a reflection of the Costa Rican society and how diverse the country has become. Costa Rican families are diverse and the law must respect the diversity, said Villalta.

Gustavo Araya, political scientist, expressed that the figure of “the first lady” is no longer the required image. In the last twelve years the percentage of households headed by women rose from 23% to 35 %. Leon, Johnny Araya’s fifth wife, has an active role in the campaign for National Liberation. Guevara also had a comment about the subject, he said that more and more people are female heads of households and people get married multiple times. Solis added by stating that the first lady is a figure that reflects another time in Costa Rican society.

In his message for the elections, the Catholic Church asked to defend traditional marriage, but the bishops said they do not judge those with other conditions.
According to Solis, presidents with more than one wedding are not the exception, especially before 1980.

What does this mean for the candidates partners? Guevara, Solis and Villalta, partners are not involved either in the campaign or in a new government . The three warned that the legislation does not even provide the figure of the first lady.
The numbers of couples living in free union in a predominantly catholic country are real. Costa Rica now reflects a diverse society who is open to change.