Costa Rica News – Costa Rica tries to market a green image to the rest of the world to entice vacation goers to continue to come to visit. But recently that “green” image has been tarnished and exposed to the world as not being exactly true. 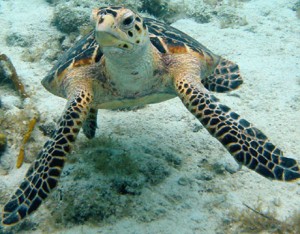 You look at the goal of being carbon neutral by 2021 and yet see Recope continue to sign large fuel importation contracts.  You see a President sign a bill outlawing shark finning and yet it happens basically every day in the Costa Rican waters as there are payoffs going on on the docks and the coast guard that is supposed to help patrol the waters is not even close to big enough to do so.  You look around and see that drug cartels are beginning to set up shop in Costa Rica and are using sea turtle eggs as a currency in the drug trade.

All of the laws and goals set forth by the current administration and the previous one have zero bite. It is like the politicians anywhere in the world, they make campaign promises and try to promote an image of a country to the rest of the world.  The problem is that image in Costa Rica is quickly being exposed as a lie.

Costa Rica has been given a chance yet again to try to show the world that they are serious about protecting their environment and the animals that reside in it.

Over the past 30 years, scientists have been tracking the hawksbill turtles to better understand them and how to protect their habitats throughout the central Pacific. The experts recommend including Costa Rica on the list of very important breeding and feeding sites for sea turtles.

This request came on Thursday, during the presentation of the results of a study by the Widecast Turtle Conservation Organization, given by Alexander Gaos, a hawksbill expert. The hawksbill species is endangered, he confirmed.

According to the research, the remaining population stays close to the coast to feed. That’s why it’s also recommended that we promote sustainable fishing and stop the practice of live bait fishing in areas with large turtle populations, a practice that causes 10,000 sea turtle deaths annually. The experts also call for banning the use of longlines because they are laden with hooks that can injure or kill the sea turtles.

The Widecast website explains that the campaign for sustainable fishing measures started in November. They hope this will recover the species that are not only of ecological value, but also economical value to their communities, who depend on them for tourism.

Let’s hope that Costa Rica will actually step to the plate this time and go to battle for something they preach daily about; environmental protection.  However with the actions that have been seen over the past few years it seems Costa Rica has no desire to back up their words.

To Russia, Without Romantic Love