Costa Rica Sports – Costa Rica played their hardest but they have a long way to go if they want to play with the World Cup Champion USA. 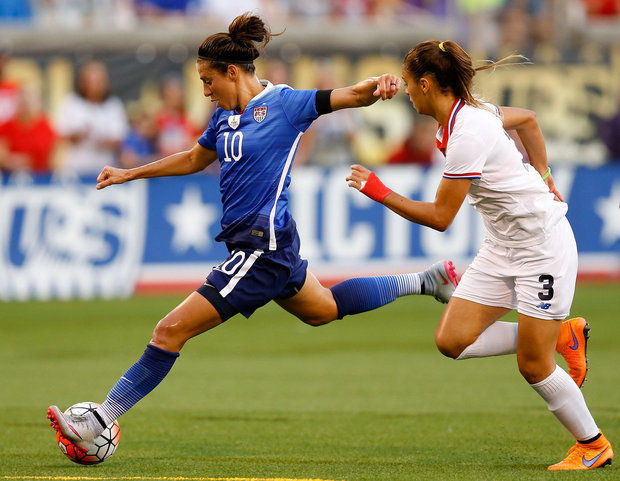 When a woman has played over 200 times for her country and scored over 70 goals, it’s pretty obvious that she’s not an opponent you can afford to take lightly.

Unfortunately for the Costa Rica women’s team, no matter how much they might have prepared, there was absolutely no way to defend against Carli Lloyd’s opening goal against them. It was just too good.

Playing in the USA’s latest international friendly with the Central American nation, New Jersey-born Lloyd stood over a sixth-minute free kick. She proceeded to arrow it into the top corner from thirty yards before the ball bounced all around the goal with the sheer force of the hit. Bosh!

It must have been pretty demoralizing for the Costa Rican ladies, because they went on to lose by an emphatic 7-2 scoreline.

By Will Magee, The Mirror First Part Added by Dan Stevens

Giving Back to Kids in Need in Costa Rica