Can The Zika Virus Kill You?

Health News – Zika virus has killed a man in Puerto Rico. The man, in his 70s, is the first reported U.S. death from the virus, which is spreading across the Americas.

Zika is not usually thought of as a life-threatening virus. Here are some answers to questions about how Zika affects people:

Is Zika a killer virus?

No one thought so until recently. Zika was mostly known for causing almost no symptoms at all in most people who get it. At worst, it usually causes rashes, headache, maybe a fever and maybe muscle aches and, sometimes, conjunctivitis.

But as the virus infects hundreds of thousands of people all at once, it’s causing a range of symptoms never seen before. The most frightening are severe and even catastrophic birth defects, mostly affecting the brain. Some of these have resulted in miscarriages, and some of the babies have died soon after birth.

Brazil and Colombia have each reported a handful of deaths in adults who had Zika. Colombia said three people died with Guillain-Barre syndrome, which can be caused by Zika, in February.

How can it kill? 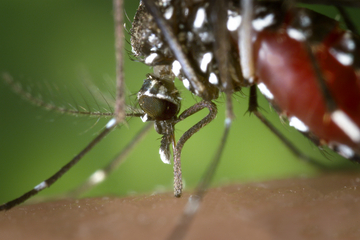 The patient who died in Puerto Rico had a very rare complication called immune thrombocytopenic purpura. It’s caused after an infection, when the immune system cells that were attacking the virus turn on the body’s own blood platelets, destroying them. Patients can suffer bleeding and shock. In this case the patient, who had other health conditions, died.

Zika can also cause Guillain-Barre syndrome, another auto-immune reaction caused when the immune system gets mixed up after an infection. In this case it attacks the nerves and can cause sometimes severe paralysis. Usually patients recover but it kills about 1 percent of victims.

And the birth defects are certainly deadly. When a baby has severe brain damage, it can die while still in the womb or at birth. A few women have opted for early abortions to avoid carrying a child that’s doomed. Babies have died of other, unknown causes when the mother’s been infected with Zika.

Zika can also cause other dangerous nerve conditions in adults. One is acute disseminated encephalomyelitis. It’s an inflammation of the brain and spinal cord that damages the protective fatty myelin layer that covers nerve cells.

There are no specific treatments for Zika infection and there’s no known way to reverse damage done to a developing baby. A vaccine is in the works but would be years away from the market.

People with symptoms can ease the discomfort with acetaminophen. Because of the bleeding risk, doctors often advise staying away from aspirin or ibuprofen.

How far will it spread?

Zika’s already spreading in more than 40 countries — all tropical countries so far, because the main carrier is the Aedes aegypti mosquito, which thrives in tropical places. But it’s expected to hit the southern U.S. in the coming months, when Aedes mosquitoes really start to breed as weather warms.

Mexican researchers have found evidence that a cousin of Aedes aegypti called Aedes albopictus, or the Asian tiger mosquito, is also carrying Zika. If that species starts spreading Zika it’s possible there could be more cases in more temperate areas.

How can I avoid getting it?

Avoid mosquitoes. The CDC recommends that pregnant women and anyone else who wants to avoid getting it stay away from areas where Zika is spreading. The CDC is also advising states where Zika-carrying mosquitoes can breed — mostly in the South but as far north as New York – to get their mosquito control efforts into gear.

Repellents such as DEET are safe for all but the youngest infants. Long sleeves and pants can protect, and screens and air conditioning thwart most of the mosquitoes that carry the virus. The CDC doesn’t expect much spread of Zika in the continental U.S., however. To cause large-scale spread you need both a large number of infected people and a large number of infected mosquitoes.

Zika’s also spread sexually, so the CDC recommends that anyone who has symptoms of Zika and reason to believe they could be infected should use a condom. Pregnant women should use condoms if there’s even a chance their sexual partner could be infected.

Pollution in Costa Rica Rivers Cause Problems During Rainy Season

Costa Rica’s Athletes That Hope to Medal in Rio