Can the USA Protect It’s Own People?

World News – With everything happening on US soil at the hands of US citizens the questions needs to be raised.  Is this why the Department of Homeland Security has been arming itself? You cannot mess with America. The moment the Boston Marathon came under attack, the country pulled together and rallied. The FBI vowed to pursue the bombers “to the ends of the earth.” They meant it, and everyone knew it. 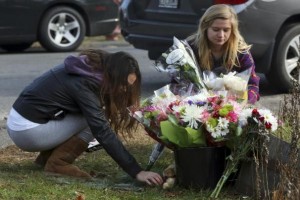 If you launch a terrorist attack on U.S. soil, America’s vast resources will spring into action and the country will spare no effort to catch you. Within three days of the marathon blasts investigators had identified the suspects and released their pictures to the public. By the end of the week, one of the suspects was dead, the other in custody. Bostonians poured into the streets in joyous celebration.

But how strong, really, is America?

Americans are dying by the thousands at the hands of other Americans and the country can’t figure out what to do about it.

Many at home and abroad scratched their heads when in the midst of the bombing investigation, with all hands on deck to crack the case, the U.S. Senate could not manage to approve a minuscule improvement to the country’s efforts to keep weapons out of the hands of potential criminals, including possible terrorists even though polls show most of the public support it.

How strong, really, is America?

No other nation has even a small portion of America’s military power or a fraction of its reach. The country’s enemies know they have nowhere to hide. America’s unmanned drones will find you and kill you in the most remote corners of the earth.

Americans are patriotic and resilient. The population responded with determination, kindness and courage after the Boston bombing. Police, military and intelligence personnel are skilled and brave. They have kept terrorist attacks to a minimum in the years since 9/11. And when terrorists attack, or try to, investigators solve the case with a quickness and ingenuity that rivals fictional television detectives, even as we’re constantly warned it is unrealistic to expect such dramatic results.

America’s might is something to behold. Except when it isn’t.

More than 30,000 people in the United States are killed every year by someone brandishing a gun.

It is a staggering number, no matter what you believe about the right to bear arms. A problem that causes so many people to die every year is one that requires urgent attention.

And yet America simply cannot find a way to stop it. How strong is that?

It is as if a house stood protected as a fortress, with a high fence around it, with guard towers and alarm systems to keep intruders out, while inside the residents were slaughtering one another.

When you travel abroad, people ask what it is about Americans and their guns. As much as we hear from hunters, the 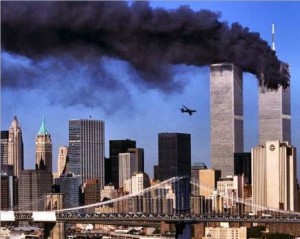 issue goes much deeper than that. From the founding days of the nation, freedom lay at its core, and freedom has been viewed as protection from an overreaching government. The Second Amendment to the Constitution, adopted in 1791, states that the people have a right to “bear arms,” but it also prefaces it with what sounds like a caveat, that this is because “a well regulated militia” is “necessary to the security of a free state.”

Still, Americans have had a romantic relationship with their arms. Think back to the cowboys and their six-shooters and Colt rifles.

The romance and the freedom, it’s all part of America’s character and history. Americans will never look at guns the way, say, the Dutch look at them. In some respects, that is part of America’s strength. The people feel a very personal stake, a direct responsibility for the country’s freedom.

And yet, not even the most ardent gun lovers would argue that it is acceptable for young men filled with hatred, dangerously disturbed or with a track record of violence, to have free access to weapons.

The greatest defenders of freedom agree that the massacre of children in school or of moviegoers in a theater constitute a grave affront to the security of the country. It has become a crisis that demands a response.

If America were really strong, it would find a way to stop the killings, to staunch the bleeding.

But no, America has become weak. The nation has become incapable of solving problems through normal legislative channels.

How strong is that?

The country’s political system has fallen into a muddy, sticky, foul-smelling quagmire.

Problems whose gravity is enough to produce near consensus among the population cannot seem to find a solution in Congress.

If it’s a pure security issue, authorities can order everyone to stay at home in Boston for an entire day. They can ask everyone to send in their iPhone pictures of the marathon to try to solve the case together.

If the problem is national debt, however, the mighty nation produces a travesty like the “sequester,” creating hundreds of flight delays for no reason at all other than the incompetence of its politicians.

Or if the problem is regulatory oversight, how strong is a country where parts of a town are destroyed by the explosion of a fertilizer plant that had not had an inspection in more than two decades?

America is in possession of more power than any country on Earth. And yet, its people are not secure. They are dying in large numbers from problems that a better functioning government could do much to prevent.

To make America truly strong and its people safe, fixing this broken system deserves at least as much urgent attention as catching the perpetrators of terrorist attacks.

By Frida Ghitis, Special to CNN

The Magic of Tortuguero, Costa Rica

Chaos Out of Order