Can Losing your iPhone Make Your Dumb?

Lifestyle  – Ever lose your iPhone and suddenly feel … not so smart? It might not be your imagination. 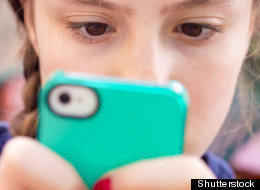 A new study from the University of Missouri found that test subjects who were separated from their iPhones performed poorly on cognitive tests.

It’s not like iPhones make people smarter. Instead, during the study, people who normally had their iPhones felt so anxious when their devices were taken away that they couldn’t concentrate.

Subjects were told they were there to test out a new wireless gadget that measured blood pressure. Once hooked up, they were asked to solve a simple word search puzzle.

When the subjects finished the first puzzle, they were told to do another one — except this time they had to give up their iPhones, which researchers said were causing “Bluetooth interference” with the blood pressure machine.

Things didn’t go so well. Not only did their blood pressure, heart rate and anxiety go up, but they did a worse job on the puzzle as well.

The lesson the researchers think you should take from this: If you have a big test or business meeting, don’t leave your phone at home. You might just become so anxious that you mess it up.