Can Hillary Clinton Win the Next Presidential Election?

World News – Eight years ago, Hillary Clinton entered the White House race as the favorite to win the Democratic nomination and seemed the most likely person from either party to be elected president. 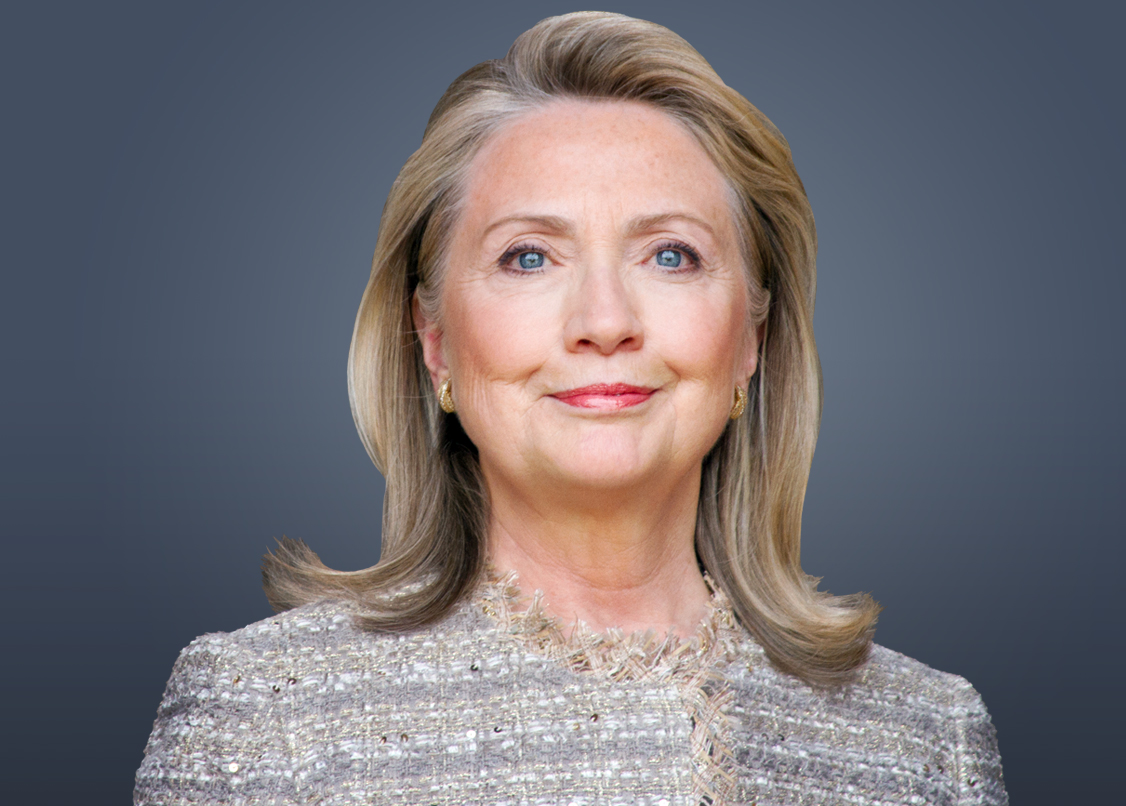 Her circumstances at first glance look similar today: she is the leading Democrat and the most famous candidate in the field. But this time is much different. Hillary Clinton begins the race with a much, much larger advantage than in 2008 against other Democrats in the primary, but it may be harder for her to win the general election in 2016 than it would have been back then.

In terms of the primary, Clinton is right now the strongest non-incumbent candidate from either party since then-Vice President Al Gore ran in 2000. Dozens of members of Congress have already endorsed Clinton, her campaign staff includes some of the most experienced strategists in the Democratic Party and President Barack Obama and his political circle have all but anointed her as his successor. The party’s donors are strongly behind Clinton as well.

Clinton was the favorite of the party in 2008 as well, but Democrats were much more divided back then. Clinton’s vote for the Iraq War and refusal to apologize for it made her vulnerable in the primary, with a heavily anti-war electorate and the rise of Obama, who had opposed the war from its start.

Tom Daschle, the former Senate Majority Leader and an influential figure in the party back then, endorsed Obama early in the race and many of his former aides joined Obama’s team. Even as Clinton was preparing her campaign in 2006, Sen. Harry Reid of Nevada and Sen. Chuck Schumer of New York, two of the party’s leading figures, privately urged Obama to run. Eric Holder and Susan Rice, who held senior roles in Bill Clinton’s administration, opted for Obama over Clinton early in the race.

Eventually, Ted Kennedy endorsed Obama, dismissing concerns about his level of experience and giving Obama backing from a deeply-trusted figure in the party. For many Democrats, electing the first black president was just as or more significant than electing the first woman. And African-Americans overwhelming backed Obama, making it impossible for Clinton to win many Southern primaries.

Now many Democrats have said the party should nominate a female candidate. The war in Iraq is no longer a huge issue in American politics.

There is no obvious black candidate seeking to challenge Clinton, and even if one emerged, it’s not clear that person would get more than 80% of the black vote as Obama did. The election of the first black president, a huge motivating factor for many African-Americans voters and some whites, has already happened.

The Democrat in perhaps the best position to defeat Clinton is someone who has never run for office before and seems very unlikely to do so: Michelle Obama.

Seeing the consolidation around Clinton, some of the strongest potential Democratic candidates are so far not even bothering to run. There is little sign that Vice President Joe Biden or Massachusetts Sen. Elizabeth Warren, the two strongest potential challengers, are considering campaigns. The field of candidates who appear likely to run against Clinton lack broad or intense support in the party: former Maryland Gov. Martin O’Malley, Vermont Sen. Bernie Sanders and former Virginia Sen. Jim Webb.

This trio is likely to attack Clinton on two issues: economic populism and national security. Sanders supports major tax increases on the wealthy and increasing Social Security benefits. It’s not clear where Clinton stands on those issues. O’Malley has called for greater restrictions on Wall Street banks, another topic where Clinton has not stated precise views recently.

Webb was an early Iraq War opponent and is more skeptical of the use of U.S. military force than Clinton has been in the past. The two could differ on how much the U.S. should do to stop ISIS and how much it should intervene in the Syrian civil war. Clinton has said Obama waited too late to support Syrian rebels.

But Clinton’s biggest challenge in the Democratic primary is a mistake that forces the party’s establishment to rethink whether she is a strong candidate for the general election. In that scenario, major party officials could tap a candidate like Warren and provide her with the kind of fundraising and grassroots support to challenge Clinton.

This is what happened in 2008, when Obama got so much support in part because of concerns from top Democrats about Clinton’s ability to win the general election.

An anti-Clinton campaign within the Democratic Party seems very unlikely this year. The recent controversy about Clinton’s unusual use of e-mail as secretary of state has not caused Democrats to break from the former first lady, although investigations by both Republicans in Congress and the press may unearth more damaging details.

Clinton’s ties with Wall Street, while annoying to party liberals, have not yet emerged as the kind of rift that her Iraq War vote was. And Clinton is already taking strong stances on other issues liberals care deeply about, recently blasting the religious freedom law that was being considered in Indiana and calling Obamacare a huge success.

And despite complaints from some voters that America does not need to elect another president whose last name is Bush or Clinton, the former first lady’s association with Bill Clinton seems to be an asset at this point.

In terms of the states that vote early in the Democratic primary, Clinton struggled in Iowa in 2008, finishing behind not only Obama, but also John Edwards. Some Iowa Democrats who backed Obama in 2008 say they are behind Clinton now.

But even if the former of secretary of state somehow lost Iowa to O’Malley, she would still have a strong chance of winning the nomination. Voters in New Hampshire strongly supported Bill Clinton in the 1992 primary and Clinton upset Obama there in 2008.

South Carolina’s large black population is a huge advantage for her.

The general election will be much more difficult for Clinton than the primary. She does have some advantages. Her stances on many major issues, such as calling for an increase in the minimum wage and paid sick leave for all workers, are backed by a majority of Americans. While wages remain stagnant for many U.S. workers, the economy is in much better shape than when Obama took office.

And whoever is the Republican Party’s nominee must grapple with balancing the views of the party’s older, mostly white and deeply-religious bloc of base voters with the views of younger, less-religious voters. Clinton’s strong support of gay marriage and creating a pathway to citizenship for illegal immigrants will be a strong contrast to the GOP nominee, who will likely have to hedge on those issues.

At the same time, Clinton must navigate establishing her own political brand as being different from both her husband and Obama.

A March NBC News/ Wall Street Journal poll showed that 51 percent of Americans say that she would “represent too much of a return to the policies of the past” if elected president, while 44 percent say she “would provide the new ideas and vision the country will need for the future.”

Republicans will rightly argue that electing Clinton would be something of a third term for Obama, since he and Clinton agree on nearly every major policy issue. The last two people (Gore in 2000 and John McCain in 2008) who tried to run for the third term of their political party lost.

In addition, even some Democrats consider President Obama’s foreign policy record weak, from tense relations with Israel to the rise of both ISIS and Russia militarily during his tenure. Republicans plan to attack Clinton’s four years as one of Obama’s top foreign policy advisers.

Clinton has an obvious model to follow in terms of getting elected in the general election. Obama won in both 2008 and 2012 by carrying a series of states that Gore in 2000 and John Kerry in 2004 did not: Colorado, Florida, Nevada, Ohio and Virginia. He benefited from both a growing percentage of non-white voters (from about 19 percent of the electorate in 2000 to 26 percent in 2012) and deep support from those minority voters, about 80% of whom backed him.

Clinton will be hard-pressed to follow the model of her husband, who won in states like Arkansas and Kentucky. The South has become almost entirely Republican at the federal level since Bill Clinton’s victories, and it’s hard to see Hillary Clinton reversing such a strong trend.

There are a few factors about the electorate environment that aren’t clear at this point. Will minority voters be less inclined to get behind Clinton, either because Republicans successfully woo them or the absence of Obama on the ticket? Could Clinton outperform Obama among women because of the historic nature of her candidacy? Will some men or even women be reluctant to elect a female president? Can she appeal better than Obama to working-class whites? And how will Americans view the economy and Obama’s presidency overall 18 months from now?

By Perry Bacon Jr., From http://www.nbcnews.com/

Shipwrecked for Over 440 Miles, 3 Men Rescued Off Coast of Costa Rica

Costa Rica to Build Convention Center By End of 2015