Breakthrough That May Cure AIDS

Researchers at Queensland Institute of Medical Research have claimed of making a breakthrough that could lead to a potential cure for AIDS. 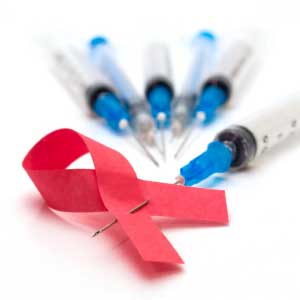 According to a researcher David Harrich scientists have discovered how to modify a protein in HIV so that, instead of replicating, it protects against the infection. Harrich said,”I consider that this is fighting fire with fire. What we’ve actually done is taken a normal virus protein that the virus needs to grow, and we’ve changed this protein, so that instead of assisting the virus, it actually impedes virus replication and does it quite strongly.” Harrich added that modified protein cannot cure HIV but it has protected human cells from AIDS in the laboratory.

“This therapy is potentially a cure for AIDS. So it’s not a cure for HIV infection, but it potentially could end the disease”, he said. Over 30,000 people have been diagnosed with HIV in Australia. If clinical trials are successful, one treatment could be effective enough to replace the multiple therapies they currently need, ABC News reported today.

“Drug therapy targets individual enzymes or proteins and they have one drug, one protein,” Associate Professor Harrich said. He added that they have to take two or three drugs, so this would be a single agent that essentially has the same effect.

“So in that respect, this is a world-first agent that’s able to stop HIV with a single agent at multiple steps of the virus life cycle.”

He said that the new treatment has the potential to make big improvements in the quality of life for those carrying HIV. I think what people are looking for is basically a means to go on and live happy and productive lives with as little intrusion as possible.”You either have to eliminate the virus infection or alternatively you have to eliminate the disease process and that’s what this could do, potentially for a very long time.”Harrich said animal trials are due to start this year and early indications are positive”, Harrich said.He said,”This particular study is going to have some hurdles to jump through, but so far every test that we have put this protein through has passed with flying colours.

Karina Bolaños Back in Politics