World News – The nation-wide terror alert for Belgium has been risen to level four — its highest — after explosions rocked the airport and one subway station there in the early morning hours Tuesday. Belgium state broadcaster RTBF has reported that the Brussels airport explosion was a suicide bomber. 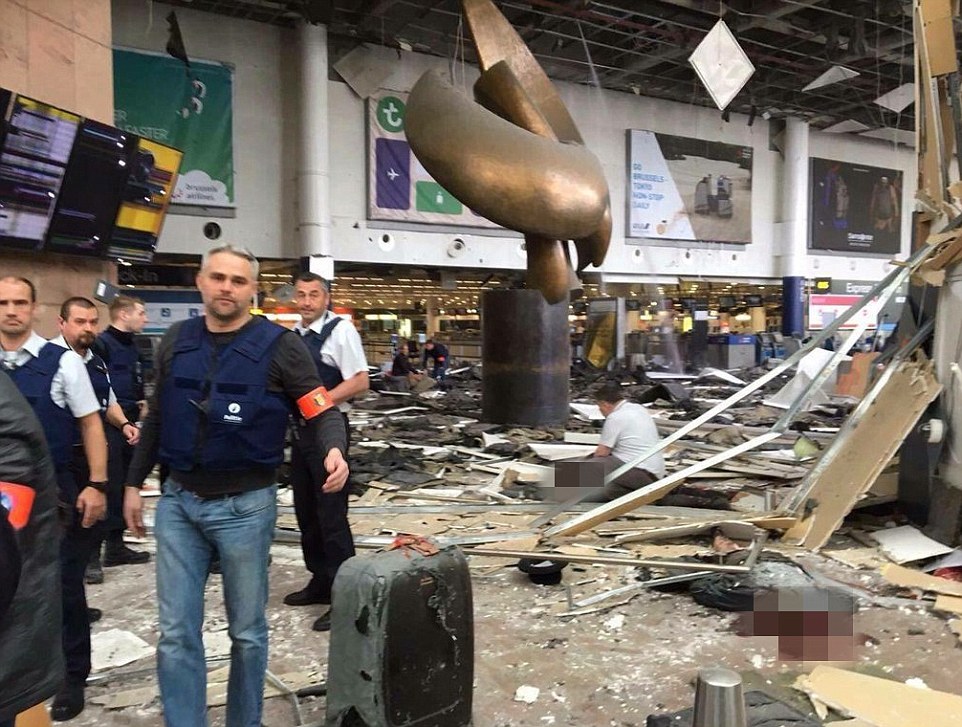 CNN has reported that at least 26 people have been killed in the attacks.

The blasts come less than a week after Salah Abdeslam, the ringleader of the terrorist attacks in Paris, was captured in a raid in the Molenbeek neighborhood of Brussels.

Cowering under desks and running for their lives, this is the terrifying moment passengers were caught up in a suicide bomb attack at Brussels Airport today in a series of blasts that have killed at least 34 people and injured 170 others across the city.

Witnesses described apocalyptic scenes with blood and ‘dismembered bodies everywhere’ after two blasts rocked the terminal at around 8am (7am GMT), killing at least 14 people and injuring 35 others.

Then 79 minutes later at 9.19am, at least 20 people were killed and 55 injured, some critically, when a blast hit a Metro station just 400 metres from the EU headquarters in the city centre.

There were also reports the Tihange nuclear power plant, around 90km from the capital, is being evacuated of all non-essential staff as Belgium raised security to its maximum level.

At the airport, there were reports of a firefight between police and the attackers who shouted in Arabic moments before detonating their bombs.
An unexploded suicide vest was later found in the rubble and a Kalashnikov rifle beside the body of a dead terrorist.

The blasts, which detonated near the American Airlines and Brussels Airlines check-in desks, sent shockwaves through the terminal building, shattering windows and knocking roof tiles off the ceiling as terrified passengers ran for their lives.

Two suspects were arrested a mile from the Maelbeek metro station at around 11am as hundreds of troops and police flooded the streets of Brussels in the hunt for members of the terror cell.

Soldiers have been also been deployed at the airport and other key locations across Brussels.

The bombings come just a day after the Belgium Interior Minister warned of possible revenge attacks after the arrest of Paris massacre suspect Salah Abdeslam in the city on Friday.

Heading to the Beach for Semana Santa? What Are Costa Rica’s Most Contaminated