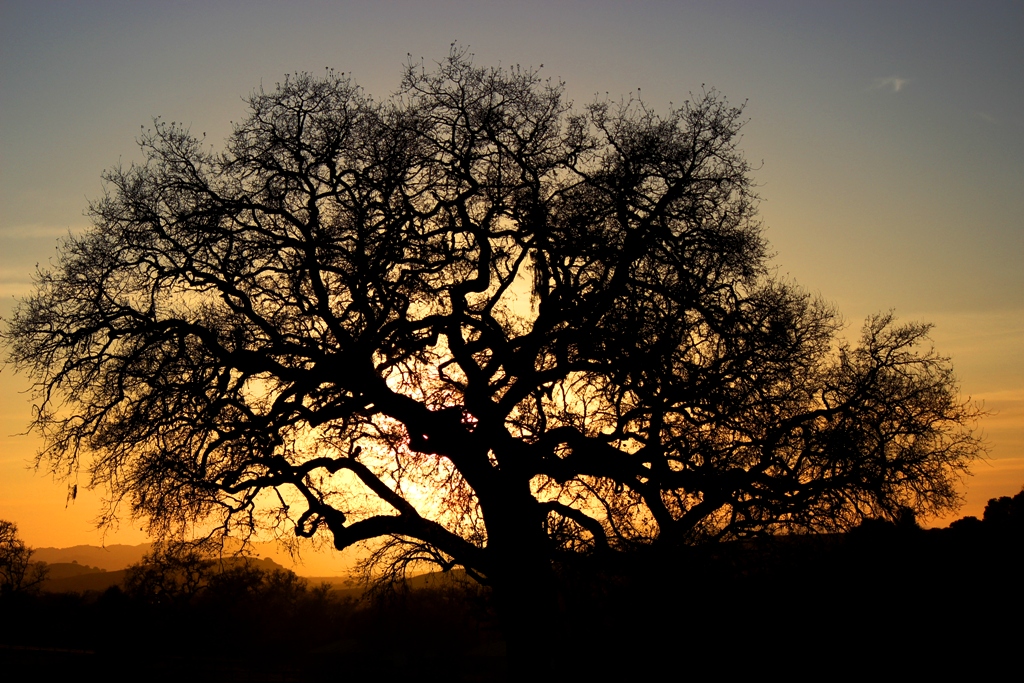 The days grow noticeably shorter, but here in California’s drought-stricken Central Valley, we still have another month of summer. A succession of 100-degree days is due at the end of the week.

Dusk descends. Walking back, I pass the great oak that anchors the Lower Park, the best specimen of Valley Oak in the entire park. It sits motionless, the last light of day drained from its upper branches, and its lower magnificent limbs curving down and touching the high brown grass.

There is something indescribably graceful about that oak’s ancient presence. It has seen generations of people come and go, and was here when local Indians harvested acorns as their winter staple.

Strange how there is no fear when the actuality of death is present, as both the cycle of life and death, and the ground beyond all cycles.

Strange how nothing matters when one is in direct contact with the actuality of death. All questions fall away, including the question at the heart of the work—can the revolution in consciousness indispensable to changing the disastrous course of man happen at this time?

Thirty years ago, after I heard a great religious teacher say that “no teacher, however illumined, has changed the basic course of humankind,” I asked, what will it take to do so? Nature, especially human nature, does not give up her secrets easily, so it took months of persistent questioning before there was a possible insight.

Though I’m very skeptical about God and gods, I don’t doubt the existence of the sacred. I feel at least an intimation of it every time the movement of negation spontaneously begins in meditation. The quality of attention, not the contents of one’s mind and heart, is the first thing. Just watching what is, without any division or diversion (as shoulds, judgments and ideals), quiets the mind and affects one’s consciousness deeply.

Sacredness has no form or substance, and does not arise from time/space, though beauty is the essence of the universe. Ending the observer ends division within one, which is essential to remaining with what is, and moving beyond the clutter and contradictions that make up the human mind. Allowing attention to gather, one goes much further and ends psychological time. This entire action, whatever one calls it, cleanses the mind, heart and brain.

One cannot employ time to end time. The only thing time is good for where meditation is concerned is the urgency a short period by the watch, away from one’s life and the world, lends to ending time.

Did a conscious brain need to evolve to bring the benediction? I feel so, which is why the human brain matters, despite what it’s doing to this beautiful planet.

The evolution of ‘higher thought’ is necessary for the human brain, overlaying the reptilian and mammalian brain, to have the capacity for conscious awareness of the sacred. However symbolic thought becomes a great impediment to such awareness, generating a growing crisis of ecological and 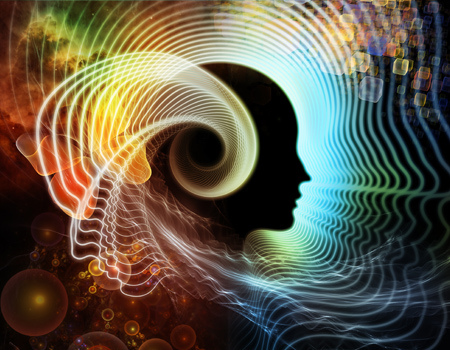 psychological fragmentation. This is the great paradox.

The resolution of the contradiction between the separative nature of thought, and experiencing wholeness and sacredness, is in understanding thought as a functional adaptation, and deeply quieting its psychological content in inclusive, undivided and undirected attention.

Which brings us back to the question of psychological revolution. On one hand, apparently a revolution in consciousness is a matter of timing. Even so, did man have to come to the point of ripping the planet apart before radically changing? We are a stubborn species, though human nature is not immutable, as most so-called educated people believe.

So what will it take for the revolution in consciousness to ignite? (It has not already started by the way, as the wishful thinkers and New Age aficionados believe.) Unlike the innumerable political and cultural revolutions of the past, which have been synonymous with violence, a psychological revolution cannot have any violence.

The insight was that at the right time, when the crisis of consciousness becomes acute and enough people are ready because they’re doing their own spadework, a few people, undergoing a transformation from symbol-based humans to insight-based human beings, could ignite a revolution in the whole of human consciousness.

Right or wrong, three decades ago I promised to withhold my own illumination as long as I could, working and waiting for the right time. However I’d only wait until I risked losing my chance for a breakthrough in this lifetime.

Only later did I learn that there’s a long tradition in the East of people making such a promise. They’re called bodhisattvas. I prefer to think of us as ferrymen. Now however, as soon as I can if I still can, I’m going to remain on the other shore, come what may for humanity.

Good News for Costa Rica Tourism; International Arrivals Up Over 4%