Bloomington South beats Arlington 107 to 2 in Basketball, No Mercy

Sports News – I know that this news is not on the higest importance to most people, I saw it and had to run it as it really caught my eye. Although I think that Bloomington should have had a little mercy on the Arlington team, the fact that Arlington played until the final whistle shows true grit.  I would have been tempted to just walk out of the gym and hang up my jersey for good if I was involved in this beat down. 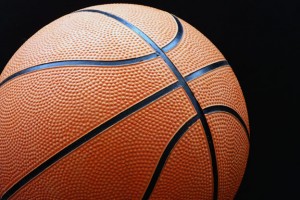 A final score of 107-2 in a central Indiana girls high school basketball game is sparking outrage.

Arlington’s only two points came from free throws in the second and third quarters.

“(The score) is probably not what we would like to see,” said Chris Kaufman, spokesman for the Indiana High School Athletic Association, although he noted the organization does not have a so-called mercy rule.

The final score ignited debate online Tuesday night, with ESPN tweeting out the unusual numbers.
“Say what you want, but a 107-2 score makes Bloomington South look worse than it does Arlington,” tweeted Jake Query, a host for 1260 WNDE.

The debate also raged on the RTV6 Facebook page , where most commenters were upset by the 107-2 score.
“I’m from Bloomington and think that’s just wrong. They should have pulled the players! ” wrote Amy Clark Woolf.

But others defended the game.

“Nothing wrong with that at all ,” Matt Lucas wrote.

“I think it’s a game and should be played however they want to as long as no rules are broke,” Danielle Gwaltney wrote. “Is Bloomingtons team that good…or is Indys that bad?! ”

Living on the Edge in Costa Rica – Jaco Canopy Tour

iPhone 5 on Sale by Movistar in Costa Rica on Friday