Ghosts & the Supernatural – When we arrived at the house, I used their bathroom. In the bathroom knockings on the wall took place, several knockings. They sounded like human knocks. No animal in the wall could make knocking sounds like what I heard. 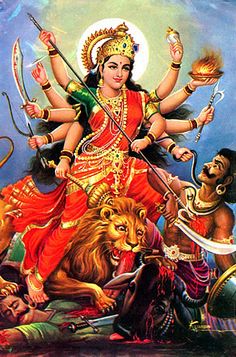 The female occupant thinks that her husband is possessed by a demon. She found her young son talking to an imaginary friend. Her son complains of seeing moving shadows. Her son also complains of having demonic visions.

Deanna and the female occupant walk into a bedroom and feel a shift of energy. Deanna gets instant goosebumps and feels a spirit tugging on her. The occupant shows us a video of the inside of her garage and says the strange light movement in her garage is spiritual. Deanna and I think the lights are simply car lights.

Occupant makes claim she is a psychic and channeler. She channels a spirit in front of us and mumbles incoherent things. Finally she says Arunasura several times. I discover that Arunasura is a Hindu demon. Female occupant’s husband is Hindu. Justin Mather and Andrew Contreras capture a Class A EVP of a female saying “now”. This EVP was captured in the bedroom. Justin and Andrew had no woman investigators with them, but yet they capture a female voice EVP.

We were taking pictures of orbs all around the place and I know that orbs can be dust. The next experiment with the orbs was to see if they listen to commands and have intelligent movement. I placed my hand on the wall and commanded the orbs to appear by my hand. Bonnie takes some pictures during the time I am commanding the orbs and the photos show the orbs near my hand. I then command the orbs to appear by my face and the orbs appear by my face, showing intelligent movement. I can deem those orbs as paranormal, as a S.C.P. (Spiritual Containment Field).

During the night, Deanna and Andrew felt a presence near their ear. Justin hears a strange tapping on the wall. Christina and Deanna hear strange animal sounds and when they investigate, there is no animals.

Female occupant believes that Arunasura was brought into her home through a strange stone that her husband brought home. The stone cursed her home. She eventually got rid of the stone. She threw the stone into the river.

Justin became the EVP King tonight by capturing two EVPs. The next one he caught was in the little boy’s room. The EVP said “oh yeah!”

Deanna envisions a reptile type of demon in the left walkway of the house. When Deanna mentions what she saw, the female occupant claims to have seen the very same demon and that the demon terrorized her in the kitchen. The reptile demon looks like a Satanic Leaf-Tailed Gecko, that stands at 8 feet.

We end the night by having Deanna conduct a metaphysical cleansing and she leaves a care package for the female occupant that consists of 1 smudging wand (juniper, cinnamon and rosemary); 1 smudge wand of juniper and olive; 7 candles; 1 painting of a lotus flower giving birth to the sun; palo santo wood. Deanna gave our new investigator a smudging wand tonight.

CONCLUSION:
At some point of time the husband and wife have a big argument in front of the investigators. The wife throws the husband out using some vulgar choice words. From my observation, the husband seems very normal. The wife acts like she has the demon inside of her.