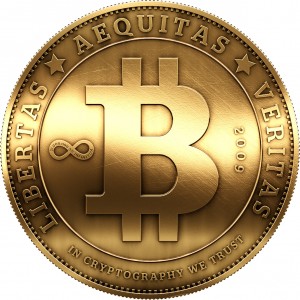 The question lingers: is it only a matter of time before the government steps in?

According to independent pricing site Bitcoin Average, China now accounts for 62 percent of global market volumes. The surge in demand recently led China-based BTC China to overtake Mt. Gox as the world’s the largest bitcoin exchange by volume as the bitcoin craze continues to gather pace.

“China has a culture that is already acclimated to the use of digital currency, so it’s not surprising that it has been quick to embrace bitcoin,” Patrick Murck, founder and principal of the Bitcoin Foundation, told CNBC.

While the 30-fold rise in the volume of yuan-based bitcoin trades over the last two months underscores China’s interest and helped to push the value of bitcoin above $1,000 Wednesday for the first time on the Mt. Gox exchange, buyers beware: Beijing has taken steps to rein in virtual currencies in the past.

In 2009, the government introduced legislation banning the use of digital monies to purchase tangible goods. The laws were aimed at curbing enthusiasm toward Q Coin, a digital currency used on Tencent’s web-based instant messaging service called Tencent QQ. While Q Coin was initially used for the purchase of online games, it quickly spread into mainstream marketplaces.

The New York Times reported last week that People’s Bank of China (PBOC) Deputy Governor Yi Gang said at an economic forum that it would be impossible for the central bank to recognize bitcoin as a legitimate financial instrument in the near term. However, Yi said people were free to participate in the Bitcoin market, a sign that some have interpreted as a cautious nod.

Murck rejects the idea that Bitcoin risks being outlawed by Beijing. “It’s a very different situation. Bitcoin is a decentralized virtual currency, while [Q Coin] is centralized, it’s controlled by Tencent. There’s an entirely different risk profile,” he said.

Bitcoin’s decentralized nature is part of its appeal for Chinese investors. Because the government does not allow the yuan to float freely, analysts say the flock of funds into bitcoin may be less a vote of confidence in digital currencies than a no confidence vote for the yuan.

While the outcome of the Third China plenum earlier this month indicates that the government may be leaning towards a more liberal yuan policy, itBit CEO Richmond Teo doesn’t believe it will dent demand for cryptocurrencies.

“The liberalization of the yuan could actually help the adoption as people seek fast and low cost methods to transact,” he told CNBC.

Star power is also keeping bitcoin at the forefront of the public imagination. The Winklevoss twins, of Facebook fame, are heavily invested in bitcoin and have lodged an SEC filing to establish the first ever bitcoin trust. More recently, Sir Richard Branson told CNBC’s “Squawk Box” of his willingness to accept the virtual currency on Virgin Galactic, his space travel endeavor.

“The key imperative now is for companies and entrepreneurs to go about establishing the infrastructure necessary to make bitcoin a safe and reliable investment. Among exchanges, we’re starting to see a move away from quantity to quality. Exchanges are becoming higher quality, better backed and offer safer and more secure infrastructure,” Murck added.

itBit, which recently raised $3.25 million to launch a NASDAQ-powered platform offering “bitcoin trading for serious investors,” is part of this new wave of exchanges that appeal to investor preference for safety. itBit holds customers’ bitcoins in an offline bitcoin wallet and offers security features including two-factor authorization and withdrawal delays.

Still, the million-dollar question remains – what is fair value for this fledgling currency that seems to know no limits?

“Fair value is difficult to determine… we believe it could be a multiple of what it is now,” Murck said.

Only in Costa Rica for Week of December 2nd