Costa Rica News (QCostaRica) – It was at 2pm Monday when a pilot reported a problem with one of the engines, a possible explosion in a turbine, forcing the aircraft to return and make an emergency landing. 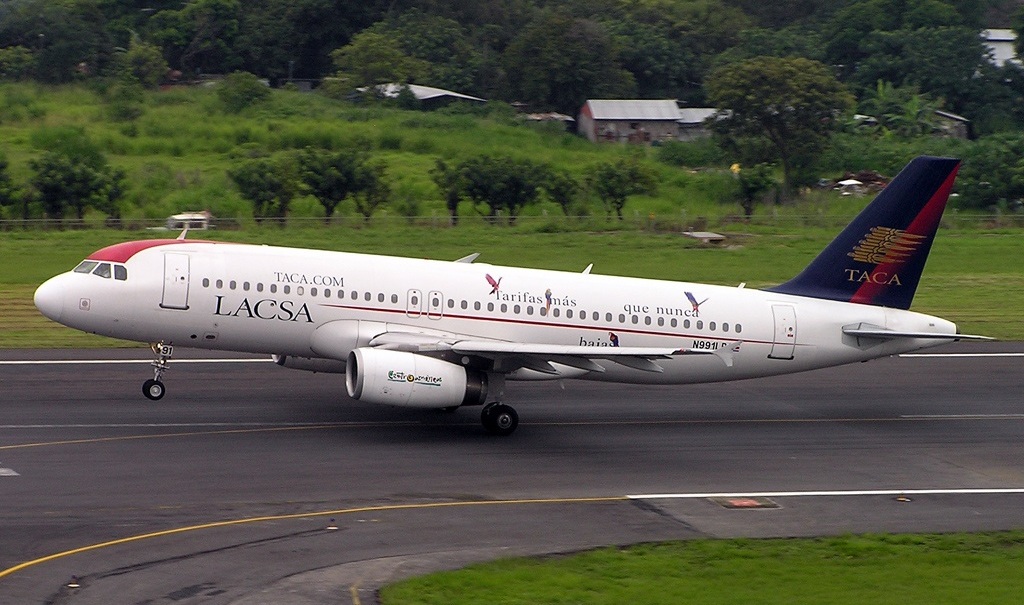 The plane, an Airbus 319 owned by Avianca airlines (still with the TACA logo), had just taken off from the San José airport bound for El Salvador.

After a safe landing, firefighters inspected the engines and determined there had been non fire, but one of the two had been damaged because a bird got caught in one of the turbines.

Avianca said the airplane was without passengers, only a skeleton crew, it was a transfer flight. No injuries were reported.

After the Bomberos (firefighters) made their inspections, the aircraft was removed from the runway and transferred to a hangar for repairs.

Birds represent a serious, but often misunderstood, threat to aircraft. Most bird strikes do not result in any aircraft damage, but some bird strikes have led to serious accidents involving aircraft of every size. The majority of bird strikes cause little damage to the aircraft; however the collision is usually fatal to the bird(s) involved.

Most accidents occur when the bird hits the windscreen or flies into the engines.

Experiencing the Supernatural at the Cobblestone Road Tavern

Sex Without the Sex; Soul Tantra in Costa Rica