Costa Rica News – Who did not see this coming? We all knew that he would get caught it was just a matter of when, how much of the money he would be returned, and with what lie he came forward. 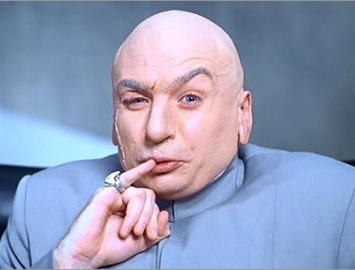 The answers to those questions were all answered today.

Juan Carlos Quesada Salas, the bank manager suspected of theft of ¢ 378 million colones (over $750,000) from Banco National in St. Teresa,  surrendered this afternoon in Puntarenas, where he was being investigated.

These representatives told reporters that his client would accept the charges of theft but that he was forced to take the money.

“His story is that he and his family were threatened and were in danger. But out of respect for the prosecution will not say more, “said Villalobos.

The lawyers added that the subject gave the money to the people who had threatened. Quesada supposedly traveled to various places the last 3 days including Nicaragua.

This guy might actually be an criminal mastermind based on the fact that he might have been able to cross the Nicaraguan border and get the money safely to the other side.  Now the OIJ will not be able to trace it. After possibly getting the money safely to Nicaragua he then returned to Costa Rica and might have paid his lawyer handsomely to defend him.  His story also really cannot be proven a lie, especially in Costa Rica.

This bank manager will spend maybe a month in jail if any time at all. He probably will get to keep his job as they cannot fire him for what he said happened and if he does get fired he will get a huge severance.

This guy knew how to use the Costa Rican system perfectly and now has a huge retirement fund hidden over the border.

What the OIJ should do is offer a $10,000 reward to the person that rats this guy out on where the money actually is located.  Someone would come out and tell the truth.  You know he is not going to be able to afford paying $10,000  to every single person that knows the facts in this case.

The Costarricense here see nothing wrong with this. He will be forgiven. Now what about other bank mangers they are kicking themselves for not thinking up this and making off with the money. monkey see monkey do. Just a laugh a day here in Ticolandia. …