Balance During the Twilight of Man

Dusk brings mystery, with a tinge of primal fear. For tens of thousands of years, before the first villages or cities appeared, people huddled together at dusk to fend off the dangers of the night. 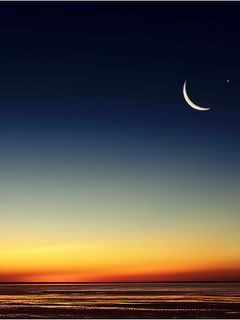 The freeway din adds another dimension of strangeness to the quickly enveloping darkness on this shorter day, superseding the sound of the lapping stream. Leaves have begun to fall in numbers, and the big ones, from the white-barked sycamores, float like little boats down the current.

The large oak across the creek, an embodiment of beauty and grace during the day, has a haunting, otherworldly quality as night descends, hinting of things beyond the ken of the known.

As humans, we live in terms of the known, both the rational and empirical known, epitomized science; as well as the non-rational and familiar known, as experience. For nearly all of us nearly all the time, these two kinds of knowledge define the limits of our perception.

The territory beyond the known is seen as terra incognita, the infinite domain to be explored by science and avoided by experience.

Since experience is the known, what we fear is what we project, not what actually is. To experience the unknown, we have to completely let go of what we know and have experienced.

The growth of scientific knowledge is a good thing, but the growth of experience, the accretion of memory in the individual and human consciousness, is a harmful thing.

Except in functional ways, what place does experience have in an intelligent life? I’m not sure it has any, but I am sure that without negation (the deletion of memory in computer terms) experience suffocates the heart and stultifies the mind.

As I see it, there are two avenues to being fulfilled as a human being. The Romans called them via negativa (the negative way), and via activa (the active way). They correspond to the inner and outer, the solitary and social dimensions of human life.

When a culture is intact, and basically coherent and cohesive, people can derive relative fulfillment and happiness through the active life, through doing rather than being.

But when the traditions, values and institutions of a culture break down and become pathological, then it’s no longer possible to find balance between the inner and outer, much less live exclusively in terms of the outer. 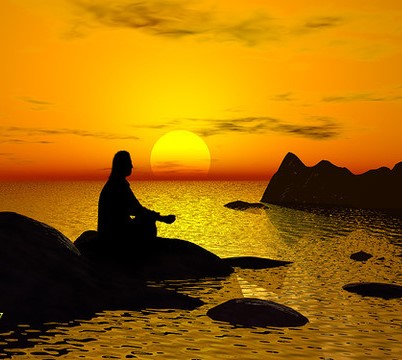 hasn’t been seen or inculcated in America, with its former promise of wide-open spaces and unlimited opportunities.

The West was won (or lost, depending on your perspective), more than a century ago, and now the rapaciousness of America’s expansion has turned in upon itself, producing the ravages of individualism and consumerism, which are being replicated around the world, most disturbingly in China.

Over two thousand years ago, the East, particularly India, turned inward and attained great spiritual insight at the expense of outward development. In recent decades people in the West have been attempting to graft the East’s spiritual insight onto this culture in this denuded soil, which is why Buddhism and systems of meditation have become so popular.

It hasn’t worked. Even as life in the West has become more superficial and meaningless, the East has grown more materialistic, and is losing whatever inward richness remained from its own ancient traditions.

So humankind has entered the twilight of man, with a return of his primal fears, giving rise to separate groups clinging together in the futile hope of warding off the self-made darkness.

The known and unknown, the solitary and social sides of our being have to find a new balance. How are they to do so however, when so few have learned what it means to stand alone, and know the freedom that comes with initiating the movement of negation?

Biothreat Is Real in the USA