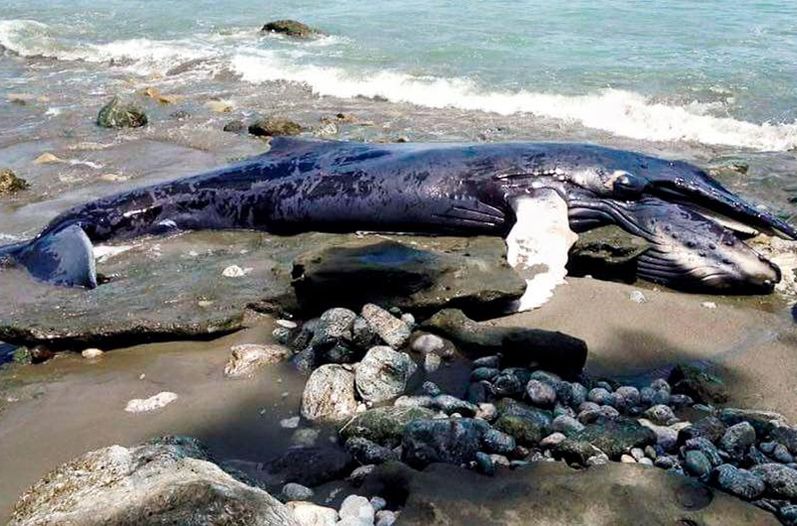 Unfortunately, a baby humpback whale was found dead on a beach on the Osa Peninsula on Sunday.

Zeni Hernandez, a local tour guide, made the discovery. The whale appeared at the very edge of the beach. Photographs were taken. By Monday the whale was gone and locals assume it was taken away by the strong tides.

A marine biology specialist, Frank Garita, described the baby whale as being just one to two weeks old, according to its size. It was between seven and eight meters long and weighed about a ton.

Full grown members of this species weigh up to 40 tons and measure up to 16 meters long.

He added that it is highly unusual to find a whale stranded on a Costa Rican beach, especially such a young baby.

New City Mall in Costa Rica to Create Over 7,500 Jobs