Costa Rica News – One of the biggest tourist destinations in Costa Rica is under threat of being shut down for not obeying the law.  There is no doubt that this national treasure will get itself in compliance. 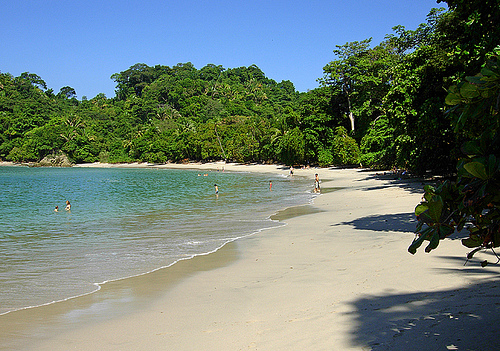 The Costa Rican law 7600 establishes that all national parks should be accessible to people with disabilities. Manuel Antonio National Park in Aguirre, Puntarenas has been given 15 days to get in compliance with the law or the Health Ministry will be forced to close this popular natural attraction. At this time the park does have bathrooms for people with disabilities but nothing more.

The park is one of the country’s most visited by both national and international tourists. In order to meet the requirements, the park needs to install a trail with universal access including handrails on the sides. The park’s trees are labeled with informative signs, which also need to be translated and written in braille so that the blind can also enjoy the park.

These changes come after complaints were made against the park and its inaccessibility. Park visitors report that it is very difficult to take wheelchairs and chairs for people with special disabilities into and throughout the park. According to the park, its own staff has the obligation of transporting people with special needs from the entrance to the beach, but many are not aware of this.

The parks have been receiving funds to improve the infrastructure since the beginning of the year from the Inter American Development Bank. The park has promised to be fully compliant with this very important law by August and is said to be negotiating with the Health Ministry to not get closed down.

World Cup News; Italy To Change it Up for Costa Rica?