Astronaut’s Watch Could be Worth Millions of Dollars

World News – Of the 12 astronauts who have ever walked on the moon, all did so wearing the same exact watch, a NASA-issued Omega Speedmaster. 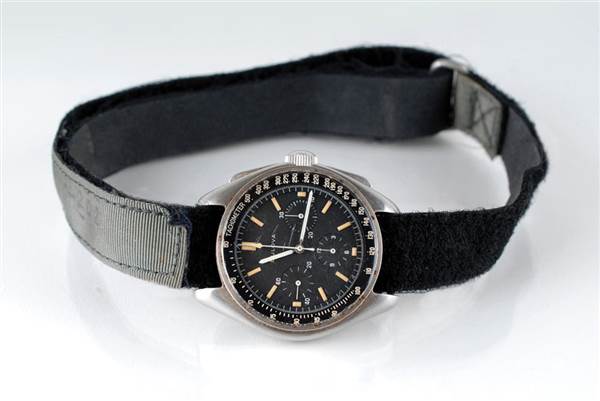 But on the Apollo 15 mission in 1971, Commander David Scott’s watch broke during his second day of traversing the lunar surface. So on his third and final day on the moon, Scott wore his own watch that he brought along as a backup.

Since then, there has been speculation about what kind of watch Scott wore, and what happened to it. Now, some 40 years later, the mystery is solved, and collectors can bid on this one-of-a-kind space artifact at an upcoming auction.

The watch is a rare prototype Bulova Chronograph and it has been in Scott’s possession since he returned from space and splashed down in the Pacific Ocean.

He’s kept it safe along with other memorabilia he collected from his Apollo 15 mission. RR Auction will put it on the block Thursday in Boston.

Larry McGlynn, a collector and appraiser of space artifacts, calls the watch “the holy grail,” and says it could fetch between $3 million and $4 million — the highest appraisal he’s ever given.

“This is rare because it’s the only one that you can buy, the only one you can collect and add to your collection that actually landed on the moon,” McGlynn said.

The watch comes with the NASA-issued band and a little bit of moon dust encrusted on the case.

McGlynn said the space collectors he knows have “some very deep pockets,” but watch collectors will also be bidding and they have “even deeper pockets.”