Costa Rica Business – AstraZeneca has said it will move some back office jobs from the UK to Costa Rica, Poland and Malaysia in a drive to cut costs following a slide in profits. 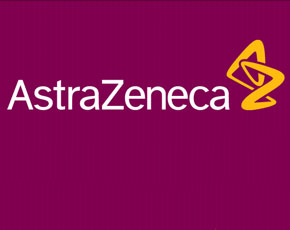 The pharmaceuticals company is consulting staff from its 280-person finance division at Alderley Park in Cheshire, but did not say how many roles were likely to be transferred.

Some jobs will be moved to the company’s Cambridge headquarters, but AstraZeneca said others will be shifted to new offices in other countries, where staff costs will be lower.

AstraZeneca said it was “committed to improving efficiency, simplifying processes and driving cost-effectiveness as we sharpen our focus on delivering our strategy to return to growth”.

“As part of this global process, in the UK, the plan is to move some finance roles from Alderley Park to either our new headquarters and science centre in Cambridge or to newly created regional centres (Costa Rica, Kuala Lumpur and Warsaw) over the next two years,” it said.

“The overall impact in terms of numbers of employees will only become clear once the consultation period has finished and employees have taken their own decisions.

“Employees globally have been briefed on these changes and individual employee consultations will now begin for impacted individuals. Naturally these discussions will remain confidential.”

AstraZeneca said the changes were part of efforts to shore up the company’s finances as it wrestles with a 13% drop in profit in the first nine months of 2016 to $4.7bn (£3.69bn).

Earlier this year, the company said it hoped to bring down annual costs by $1.1bn by the end of 2017, through a series of cost-cutting measures.

At the time, the chief executive, Pascal Soriot, said most job cuts would affect the company’s non-British salesforce and the impact on the UK would be minimal.

AstraZeneca had a large research and development operation at Alderley Park, but moved 1,600 jobs to Cambridge and cut another 700 in 2013.

That came a year after the company axed 7,300 jobs in an earlier drive to reduce costs.

The security of AstraZeneca’s workforce was an important issue two years ago when the company successfully fought off a takeover attempt from its US rival Pfizer.

At the time, unions warned that Pfizer would cut jobs and close facilities in the UK if the deal went through.

By Rob Davies, The Guardian

Costa Rica certainly is a great place to do business. I’m amazed by the number of companies expanding in this area. They’re finding the beautiful people here are the perfect fit.