Costa Rica – We all know that most of the red taxi drivers in Costa Rica are complete asshats and do not follow the rules of the road.  Mix that with some impatience and you get what happened today during a Costa Rica cycling race. 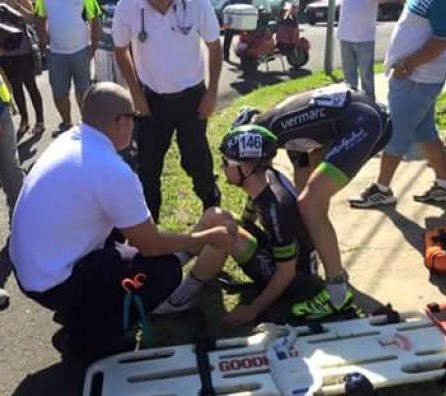 The start of the Vuelta a Costa Rica was marred when a taxi driver drove into the middle of the peloton just shortly after the start of the first stage from Alajuela.

Three riders were hit when the taxi pulled onto the course, according to La Nacion. The worst affected was Félix Araya of the Star Cars BCT team. He reportedly was able to continue racing after being treated by medics.

The officials blamed the accident on the race being delayed at the start by 10 minutes, and impatience on the part of the driver who was caught up in the road closure.

The taxi driver defended himself, saying he had been directed to turn left onto the road on which the race was travelling.

You can watch the asshat and his idiotic move below….that was “not his fault”.

Polluting is Just Part of the Costa Rican Culture