Artwork Depicting Abuses of the Catholic Church in Costa Rica 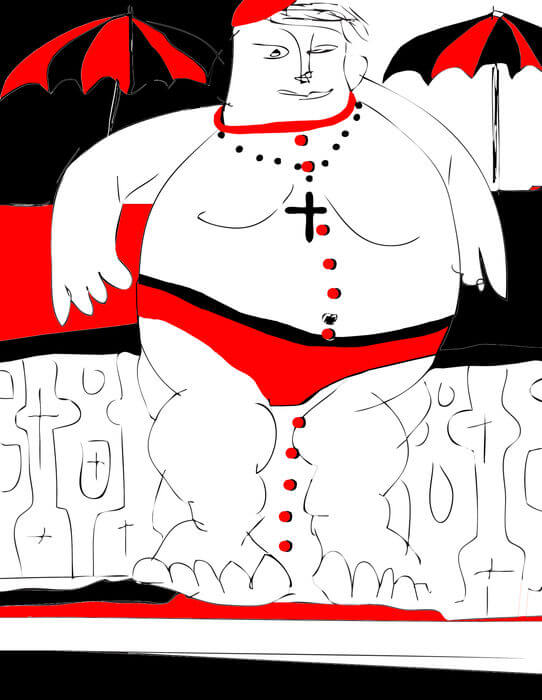 Religious leaders are no different, often doing the very thing that their teachings forbid.

To depict that unfortunate reality, the Historical and Cultural Museum Juan Santamaria in Alajuela is displaying a beautiful and humorous collection of paintings by Alvaro Bracci, an Italian artist, conveying such a message to powers-that-be, using the church as his example.

Having studied in Rome at the Pontifical Seminary, Bracci’s artwork is based on inside knowledge of the Catholic Church. Ultimately, this exhibition aims to join the Pope Francisco’s proclamation to eliminate such abusive behaviors.

Bracci’s daring artwork on the powers that should be protecting societies has captured the public’s attention.

Perhaps it will weaken the silence surrounding such immoralities. This display can be seen until August 23rd.