World News – A country’s dexterity with artificial intelligence technology might be the next strong source of national pride and international power. 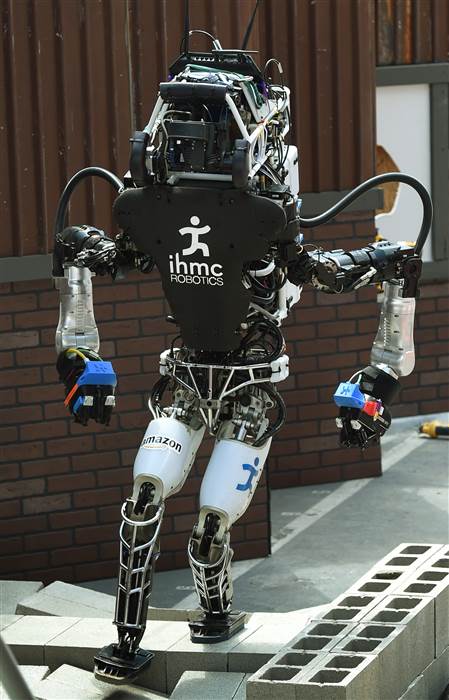 Knowing it would lay the foundation for the future of medicine, IBM captured the world’s imagination in 2011 with Watson, a supercomputer that not only won Jeopardy!, but beat trivia superstar Ken Jennings in the process. The novel cognitive computing technology was quickly adapted to “read” the thousands of medical research papers published weekly in order to diagnose cancer patients more accurately than human doctors seemingly could. It’s a banner technology for IBM, a company that remains no slouch in its 105 years of operation

Now five years after Watson’s debut, Japanese researchers at Kyoto University and Fujitsu are collaborating to build their own computing technology that’s fairly characterized as a response to Watson. Skipping the game shows and going straight to medical applications, the Japanese system aims to close the gap in understanding how our genes determine our health by accounting for a patient’s genetic code in its computer-generated diagnoses.

Perhaps as an echo of the 1960s space race, the stage is set for a pattern to emerge in which countries exhibit assorted might by developing artificial intelligence. It’s a technology made enigmatic and sexy by science fiction, so there’s immense PR benefit to being able to wield it effectively. But it’s also a technology that’s increasingly creeping toward having significant social and political utility attached to it. It already has real-world value as a political instrument today.

When a computer worm called Stuxnet reportedly compromised Iranian computers in the early-2000s, it was able to dial in on the systems that were used to control the spinning of centrifuges used in manufacturing nuclear material. The software was reportedly robust enough to direct the centrifuges to effectively tear themselves apart. While it was believed to be a joint American-Israeli cyberweapon developed during the George W. Bush administration, no one has formally claimed it as their own.

Related: Could One Person Take Down the Internet?

Politically-minded hacking efforts require some creative, intellectual heft, and that effort is slowly being automated as software. The Defense Advanced Research Projects Agency (DARPA) is the Pentagon’s research arm, and despite its notorious environment of secrecy, the agency hosts a variety of technically minded competitions that push the boundaries of what’s possible with technology. Perhaps most famous of these is the agency’s robotics “obstacle course,” with a seeming end goal of incentivizing researchers to develop a robot as nimble and capable as a human.

There is lesser-known DARPA-sponsored contest, however, called the Cyber Grand Challenge in which teams play a “capture the flag”-style contest, injecting an artificially intelligent piece of malicious software into existing computer code. The race is on to see which software can most effectively exploit the code.

Related: Will the Future of Tech Be a ‘Disaster’ Under Trump?

Because it’s software interacting with software, the human elements (read: limitations) are entirely removed from the equation. Without any naps, snacks, or bathroom breaks, the great hackers of the next generation might be the intelligent software that bumbles its way to glory by simple virtue of being able to “think” without getting tired.

The current political climate with respect to cyberattacks tells us that there are easily-hypothesized concerns pertaining to a tireless AI hacker ruining your day. Many real-world systems of consequence are not only connected to the internet, but depend upon it to operate. From a city’s traffic management to the airline industry at large, a malevolent piece of software following instructions to meet a defined goal could cause lasting damage when it is intelligent enough to adapt its approach and try again, over and over.

As the internet became modern and took the world online, it didn’t just digitize information; it digitized power. Zoltan Istvan is founder of the Transhumanist Party, a legally recognized and PR-minded political effort that calls attention to what tomorrow’s mainstreaming of today’s rapidly developing technology could mean for human life.

Istvan campaigned for the U.S. presidency in 2016 on the platform of harnessing existing technologies to maximize both the quality and duration of one’s life. Though his theoretical thinking may seem to border on the fantastic, Istvan has enough street cred at the intersection of politics and technology that he has consulted with the U.S. Navy on the geopolitical implications of artificial intelligence. He readily identifies it as nothing less than a national security concern.

“The launch of the first sci-fi caliber artificial intelligence, one that could hypothetically become smarter than human beings, ought to be a matter of severe national and global security,” he says. “If it were able to become ‘smarter’ than people, it could change the landscape of international politics in weeks.”

Related: How Scientists Confirmed One of Einstein’s Controversial Theories

UC Santa Barbara computer science professor Giovanni Vigna suggested during this year’s RSA security conference in San Francisco that “fully automated hacking systems are the final frontier. Humans can find vulnerabilities, but can’t analyze millions of programs.” The complex software that holds together our essential real-world systems might take someone months to exploit. Intelligent software could eventually be better-suited to the task, leaving the human free to do something else.

Istvan outlines four ways to “solve” the AI arms race. The first is to make its development illegal, but history suggests that prohibition doesn’t work. There are too many scientific and capitalistic rewards to be gained for successfully developing a super-intelligence, and countries will be competing for the glory associated with breaking through the many barriers remaining to get to that point.

The second is to merely be the first country to develop it. “By winning the AI ‘race,’ a country is likely to have everything it needs to stay ahead technologically,” Istvan says. The third route is to assemble an international AI consortium, with many nations pooling their resources in order to share the finished product. What could go wrong?

Istvan’s fourth and last solution sounds like a hippy dream come true, in which every nation unites under one flag and one leadership. If the world were to become ideologically homogenized on this level, with no nation as any other nation’s enemy, it might redraw nothing less than the collective unconscious notion of our place in the universe.

“I believe [this] may be inevitable in the long run,” Istvan says.

The future is of course unwritten, but AI technology is only improving. It might soon prove essential to win political games with stakes much higher than Jeopardy!

What Are Going to Be the Big Trade Items Between Costa Rica & South Korea?

A Singularity of Darkness