Are Some People More Tasty to Mosquitoes Than Others? (Video)

Health News – Ever wonder why some people can sit outside in Costa Rica and not be bothered by a single mosquito and others seem to be eaten alive? In my be in your genes. 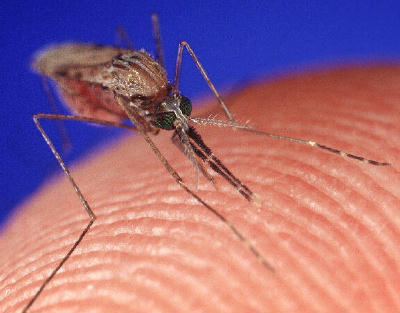 Do mosquitoes come straight to you? Are you the one covered in itchy red welts? You may be able to blame your genes.

A new study finds some evidence that your DNA may help decide whether you smell tasty to a mosquito.

Scientists know that smell helps attract mosquitoes to some people and not others. But it’s not clear what underlies that — what people eat, the bacteria they carry on their skin, or some other factor. Studies aimed at finding out have had mixed results.

“In either case, human odor is known to be controlled, at least in part, by genetic factors, and it is possible that variation in our attractiveness to mosquitoes is also modulated via the same mechanisms,” James Logan of the London School of Hygiene and Tropical Medicine and colleagues wrote.

To get at this, Logan’s team tested 37 pairs of female twins, half of them identical — and thus sharing all their DNA — and half fraternal twins, who share no more DNA than a pair of sisters.

The women all washed their hands with the same soap and put them into a Y-shaped tube — one woman with a hand in each arm of the tube. Hungry female mosquitoes were released into the far end of the tube.

The mosquitoes were more equally attracted to the identical twins, while they tended to choose just one fraternal twin, the researchers found.

It’s a small study and not proof, but it suggests genes may play a role, they report in the Public Library of Science journal PLoS ONE.

Does It Pay to Be “Green”? Sustainable Tourism in Costa Rica