Costa Rica News – The Apple iPhone 8 is about to get Pura Vida. 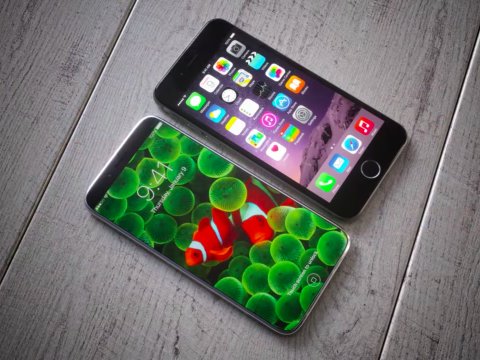 If you have been waiting to update from your current phone to the iPhone 8 or iPhone 8 Plus, Monday, September 25, is the day.

The iPhone 8 will also be available for purchase online at www.gollotienda.com.

All other stores will see the iPhone 9 starting Friday, September 29.

Movistar, Claro and Kölbi, Costa Rica’s telcos would only say they will announce when the phones will be available. The official Apple store in Costa Rica, iCon did not comment.

CNet.com offers the following review on the iPhone 8:

We think it’s likely many buyers will wait out the arrival of the iPhone X (pronounced iPhone 10). Cnet asks, “why buy an iPhone 8 when that sexy iPhone X is just around the corner?”

Most likely many will see the iPhone 8 is essentially the “iPhone 7S. Last year’s design with this year’s technology.”

No date has been confirmed, but rumors have it arriving in Costa Rica in December. Apple announced that iPhone X pre-orders will begin on October 27. Telcos in Australia have announced a November 3 for the X’s arrival to that continent. US pricing starts at US$999.

If you have an iPhone 5 and up, upgrade to the iOS 11 today. I did and it is great. But, before you do, don’t forget to backup your phone.

After you’ve done the upgrade, head on over to TechCrunch.com for “15 neat hidden features in iOS 11”.