An Obsession With Werewolves

Ghosts & the Supernatural –  In the 1941 film The Wolfman, the gypsy Maleva (Maria Ouspenskaya) says to Larry Talbot aka the Wolfman (Lon Chaney Jr.) the following words:“Even a man who is pure of heart, and says his prayers by night, may become a wolf when the wolfbane blooms, and the autumn moon is bright.” 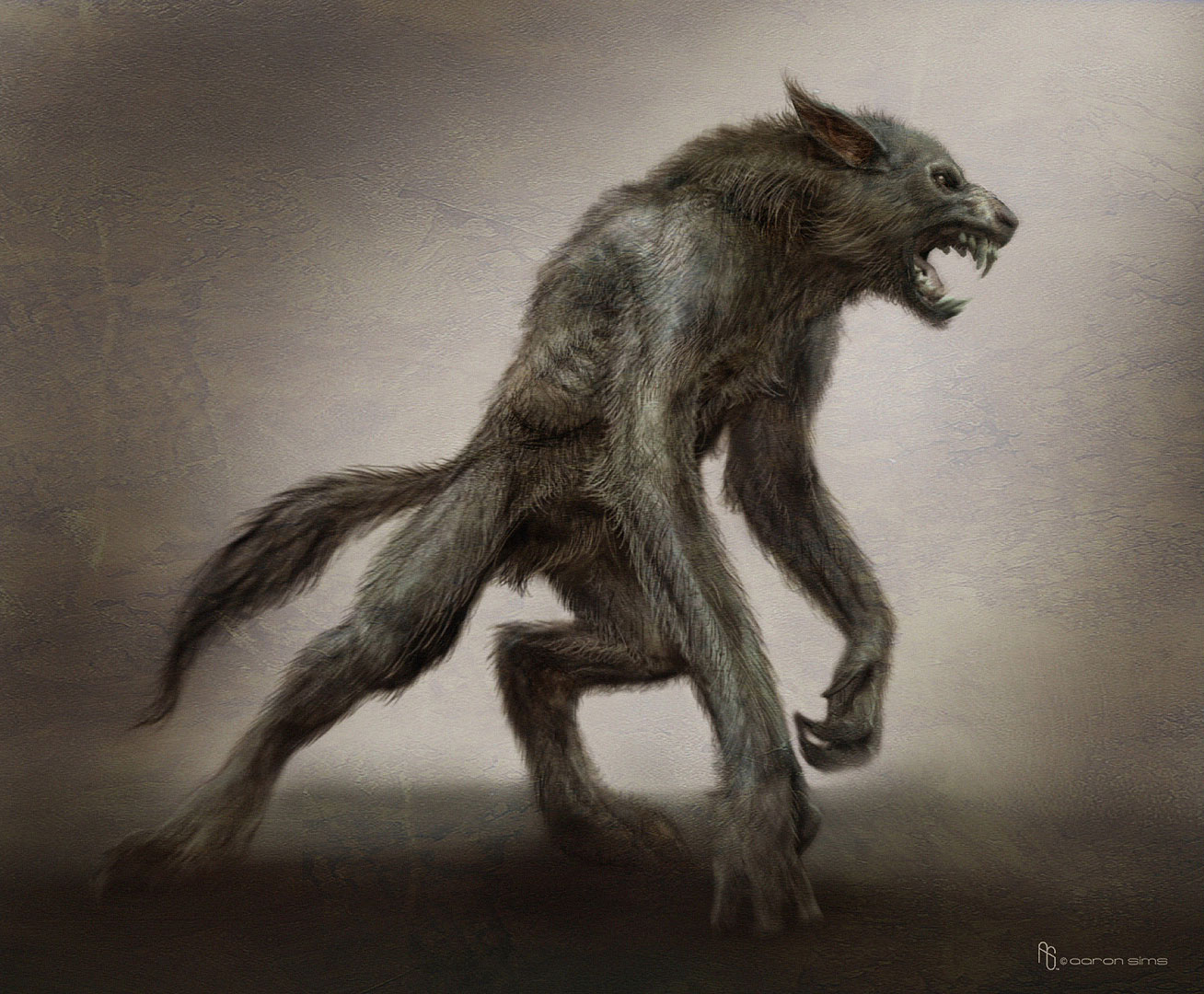 Why are we so fascinated with werewolves? Is it because all men have a hidden dark side? A beast that is hidden within our inner being, our very soul?

But, there is something about the wolf, that attracts us more than any other beast on Earth. That animal is the wolf. A wolf, with its piercing predator eyes. We admire the way they hunt in packs, how they go for the kill with predator calculation. We feel the goosebumps on our arms as the wolves howl at the moon, it almost seems they are the rulers of the night and pay homage to the full moon.

Is the werewolf, something that some primitive man thought of by himself? Is there a possible explanation on how the werewolf legend came about?

In the 1500s, there were rumors of a Forest Demon that inhabited Salzburg, Austria and Hamburg, Germany. Many locales believed it was witches wearing a uncured skin in some primitive rite. Is this how the werewolf legend started? Was this our ‘therianthrope’ our beast man or were-creature?

Or could there have been an outbreak of congenital hypertrichosis? Where a person has too much body hair and facial hair, like Mah-Me of Burma who had hair covering his full face. Mah-Me came from a family of hairy people. When looking at Mah-Me, he truly looked like a werewolf. His condition was his downfall and he died at the young age of 18.

Could rabies be the source of the werewolf legend? In olden days, when we did not know how to control the rabies epidemic, did hunters go out in the woods and get bitten by wildlife that were infected with rabies? Did the madness set in on a bitten hunter which spawned legends of the werewolf?

Let’s head over to North America, to Vancouver Island, Canada. We don’t have Forest Demons, but we have members of the First Nations – the Nuu-Chah-Nulth wearing the Nootka Mask. When looking at these natives wearing the Nootka Mask, they look like werewolves. The Nootka Mask is a mask that resembles the head of a wolf. So it would seem many primitive people were dressing up as wolves. But, can there even be a simpler explanation?

Could it have been Ergot poisoning? A small fungus that is found in rye, made into bread and eaten by people of the middle ages, causing them to hallucinate? Ergot was even known as Wolfszahn (Wolf-tooth). Ergot poisoning was like digesting LSD, except it was almost guaranteed that you would have a bad trip. Some victims claimed that they saw werewolves in the midst.

However the werewolf legend started, it is a primeval fascination with mankind. A fascination that we can find almost everywhere. Walk into your movie video stores and on the rack you can find Dog Soldiers (where professional soldiers battle werewolves). Harry Potter even has a werewolf named Professor Remus Lupin. The movie Van Helsing with Hugh Jackman, Van Helsing transforms into a werewolf and is able to defeat his arch-nemesis Dracula!

Even when we turn on our TV, we see the fascination. SyFy Channel’s Being Human is a story about a ghost, werewolf and vampire who are roommates. Our reruns like the Munsters have a boy werewolf named Eddie Munster stirring up havoc in the household.

Yes, it appears that werewolves and many other were-creatures will be with us until the end of times. Werewolves are not a fad, it’s a dark deep fascination that is in graded into our DNA and into our souls. Werewolves are here to stay. Beware of the full moon, tread lightly and always look behind your back, because that shadow behind the tree may be the beast we all know as the werewolf!

Costa Rica Picture of the Day – The Cute Coatis