An Investigation of the “Poltergeist” Movie Curse

Ghosts & the Supernatural – The “Poltergeist curse” is a rumored curse attached to the Poltergeist trilogy and its crew, derived from the fact that four cast members died in the six years between the releases of the first and third films. 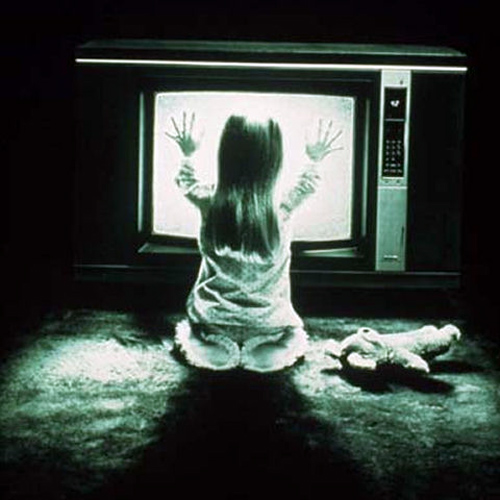 The rumor is often fueled by the fact that real skeletons were used as props in various scenes of Poltergeist and Poltergeist II. The rumor and the surrounding deaths were explored in a 2002 episode of E! True Hollywood Story titled “Curse of Poltergeist”.

Dominique Dunne, who played the eldest daughter Dana in the first film, died on November 4, 1982, at age 22 after being strangled by her abusive former boyfriend John Thomas Sweeney. He was convicted of voluntary manslaughter and sentenced to six years in prison, but was paroled after serving three and a half years.

Julian Beck, 60-year-old actor who played Henry Kane in Poltergeist II: The Other Side, died on September 14, 1985, of stomach cancer diagnosed before he had accepted the role.

Will Sampson, 53 years old, who played Taylor the medicine man in Poltergeist II, died as a result of post-operative kidney failure and pre-operative malnutrition problems on June 3, 1987.

Heather O’Rourke, who played Carol Anne in all three Poltergeist films, died on February 1, 1988 at the age of 12 during surgery to repair an acute bowel obstruction.

A couple in Sacramento purchased an old Cabbage Patch doll that belonged to actress Heather O’Rourke (Carol Ann Freeling) of the Poltergeist movie film. Since the purchase of this cursed doll from EBay (it came with a Certificate of Authenticity), the family has had terrible tragedies happen to them.

Hello, thank you so much for taking the time to listen to our story and trying to help us. This is what has happened.

On Monday, October 27th 2014, I received a text message from my wife, Jamie-Lynn. She asked how much I would be willing to pay for a Cabbage Patch Kid that had belonged to Heather O’ Rourke. As a huge fan of the Poltergeist movies (I even have a tattoo of Carol Anne sitting in front of the TV), my response was, “Anything!” My wife was able to purchase the doll on eBay for $100. I can’t express how excited we were to have the ultimate horror fan collectible. The doll arrived on the 30th of October. We were in awe. Halloween day, we left for our anniversary trip to Reno. Our anniversary is Nov 1.

While in Reno, we got a call that my wife’s step brother had been in a terrible accident while playing soccer. He ended up with a ruptured spleen and broken ribs. Due to internal bleeding, he was hospitalized for 5 days. 3 days later, my father-in-law became ill. Within 2 days, he was in a coma. He was diagnosed with encefalitis. He remained in a coma for 5-6 days and we almost lost him. Miraculously, he woke up and was released after a 9 day stint. He is still in rehab for brain damage. We thought we could be back to our lives after a very trying few weeks. On Dec 2nd, my wife found out her childhood friend, John had committed suicide by gunshot. Dec 8th, our good friend Dawn died of heart failure…she was 33. Shortly after, my mother was having agonizing pain in her hip. She ended up having surgery. On Jan 7th, my wife’s Uncle Jeff (not a blood relative, he was her best friend’s father who took my wife in on more than one occasion as a child) passed away from a heart attack. He had no known medical conditions. January 26th, my wife was hospitalized for the night with a rare intestinal infection. The end of January, I left my job for a new company. On Feb 12, I was let go. Feb 14th, we had to put our dear dog, Zeus down. Early March, our 4 year old Pomeranian lost a tooth.

Shortly after, my wife was told something was wrong with her heart and they suspended her driver’s license. She has had to wear heart monitors for 24 hours twice and they still don’t know what is wrong. On March 27th, due to an error, Kern County Child Support levied my account right before a bunch of debit purchases and auto drafts cleared. This left us with a negative account balance of almost $2,000. My car broke down two days prior. Last week, the doctors notified my mother that her surgery not only failed, she had a fracture in her hip. She had a hip replacement April 8th. On top of all of this, my wife and I have not gotten along. There is constant tension in the air and the topic of divorce has come up more than once.

This is how our life has been the past 5 1/2 months. We are really looking forward to meeting you and we hope we can find a resolution.

PS: Also, on March 27th, my wife’s step-dad became I’ll. His face was swollen, he was nauseous, and urinating blood. Most likely from a spider bite. Today, (4/11/2015) we found out our little dog has Giardia.

A couple in Sacramento purchased an old Cabbage Patch doll that belonged to actress Heather O’Rourke (Carol Ann Freeling) of the Poltergeist movie film. Since the purchase of this cursed doll from EBay (it came with a Certificate of Authenticity), the family has had terrible tragedies happen to them. There has been deaths in the family also. My wife Deanna Jaxine Stinson and I, will be headed over to their home soon, to assist them in banishing this curse. This investigation / cleansing will happen at 7:30pm – April 17, Friday.

Stay Tuned To Find See What We Find Out……..

Ecuador Pretends to Be Costa Rica to 40 Unknowing Tourists (Video)