An End to the Old Order

Having been at the epicenter of a 7.1 earthquake along California’s San Andreas fault, in which the apartment building rolled like a ship in high seas, I can attest to what it feels like when the ground under your feet goes from solid to liquid. Brexit was an 8.5 political earthquake, but like all destructive events, it opens the door to creation. Can we seize it? 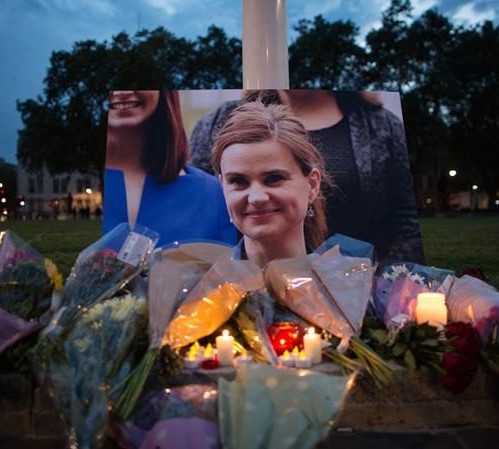 The most striking thing to my mind and heart about the English vote to leave the European Union is something no commentator has referred to since the referendum. The murder of Jo Cox, a passionate, popular and deeply humane MP, was committed by a man shouting “Britain First!” It changed nothing.

An earthquake along the fault line of the inexorable force ‘me and mine’ rubbing up against the immovable reality, in a global society, of both us and them, has just rolled over all of us. The stark choice now is between fragmentation and wholeness. Is there really any choice?

It can no longer be business as usual. We cannot comfort ourselves by repeating ad nauseum, ‘The true impact on Britain and Europe will not be visible for years.’ The true impact is now, in the chaos we see and feel, and the chaos that we imagine and fear.

The English projected their fear onto desperate immigrants, and reverted to the tribalistic mentality of ‘my country’ (called ‘sovereignty’) in hopes of regaining control from ‘the unelected bureaucrats in Brussels.’

At times of upheaval, the inscrutable movement of history has two parts. One part seems inevitable in retrospect, and probably is. But the other part is in the present, in how we respond to the new reality.

The difficulty is in seeing clearly exactly what the challenge is, and responding rather than reacting to it. The challenge at present is not merely to ‘the Western liberal order;’ that has been shaky since 9.11. The challenge is to the human prospect and potential itself.

Comforting notions of progress are out the window. They are one of the greatest impediments to radical change. Elites keep repeating what average, workaday people know in their guts is a lie—that things are better than they ever were, and getting better all the time.

Donald Trump is in Scotland. Pause and think about that for a moment. As this momentous vote by the British people took place, which immediately shrinks the last vestiges of the British Empire to ‘little England,’ this manifestation of America’s worst was in a land, Scotland, which voted overwhelmingly to stay in the European Union. The Scots will have another referendum, and that will be the end of United Kingdom.

Trump exalted in the breakup of the European Union, saying, “They took their country back, just like we will take America back.” He’s been shouting the exact equivalent that the murderer of Jo Cox shouted as he killed her: “America First!”

After the referendum, mouthpieces for the status quo are saying things like, ‘Ever-greater unity was a foundation stone since the 1950s not only of 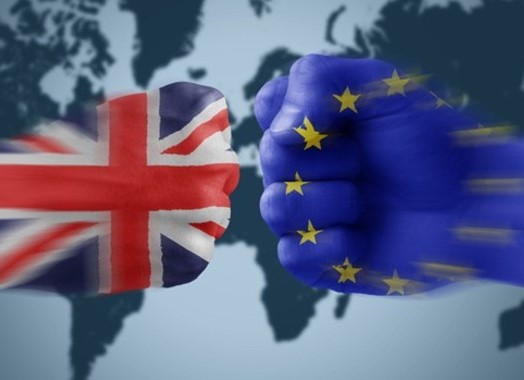 peace in Europe, putting an end to the repetitive wars that had ravaged generations of Europeans, but also of the global political order. Now all bets are off.’

They conveniently forget Bosnia. So the only part of that statement that is true is ‘all bets are off.’ And that, my friends, is a good thing.

‘Ever greater unity?’ What world are such people living in?! A fantasyland of bygone glory. They are the ones who created ‘the specter of our times—a dark, controlling global force stealing national identity.’

The foundation for ‘the global political order’ was poured by the United States and Britain after World War II, and built upon by Brussels. It was not global however, and has led to disorder. The inter-national system was built by and for the powerful and wealthy, and the English have just kicked the last strut out from under it.

The idea of internationalism, as all political ideas, began with idealistic simplicity and has degenerated into unworkable complexity.

The cornerstone of the international political and economic system, taking the form of the UN and IMF as well as the EU, is the false premise that sovereign nations can be stitched into a whole cloth. They cannot. And while international institutions are necessary, they are clearly not sufficient. Their core premise is history.

We must begin again with a new premise: Our true identity–if identity has any truth in it at all–is first and last as human beings. Each of us belongs to this de facto global society, which at present has no cohesive principles, premises and structures.

That is what we the people of the world can and must now create. Brexit spells both chaos and opportunity.

Do You Want to Win a Trip to Costa Rica for Two?