What is wrong with a University that they would rather try to push something under the rug than protect their students just because they want to keep an image? A University of North Carolina student says she faces possible expulsion for “intimidating” her alleged rapist by speaking publicly about her assault and how the school has handled it. 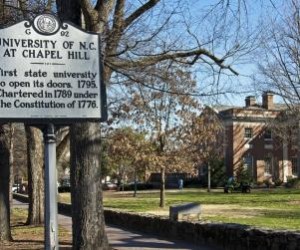 Landen Gambill, a sophomore at UNC, was part of a group that filed a complaint in January with the U.S. Department of Education’s Office of Civil Rights, alleging the university has routinely violated the rights of sexual assault survivors and failed to assist them in recovery after the reported abuse. Ten days after they filed their complaint, the graduate student attorney general sent a warning to Gambill that she may have violated the school’s Honor Code, Jezebel reports.

On Friday, Gambill got an email informing her that she was being formally charged with an Honor Code violation for “disruptive or intimidating behavior” against her alleged rapist, although she has never publicly named him. If the UNC Honor Court finds Gambill guilty, the punishment could be expulsion, suspension, community service or grade penalty, among other options.

“Obviously, I’m afraid. I never meant to make anyone mad at me [by speaking out],” Gambill told HuffPost. “I’m mostly surprised at just how crazy it is, that they’re willing to charge me with something just because my rapist is feeling uncomfortable.”

UNC spokesperson Susan Hudson said in an email the university couldn’t comment about specifics in Gambill’s case because of federal privacy laws, but Hudson insisted this was in no way retaliation by the university. 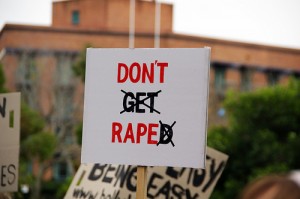 university would be without merit,” Hudson said.

The student attorney general’s office told HuffPost they were prohibited from discussing the details of any specific case.

Gambill is to decide this week whether she wants to enter a plea of “guilty” or “not guilty” with the Honor Court, but she said, “I don’t have any faith in the honor system at all.”

Gambill’s previous experience with the Honor Court was detailed in the OCR complaint. It’s the venue in which Gambill attempted to resolve the sexual assault and stalking she claims she suffered at the hands of her ex-boyfriend. Gambill said the process was traumatizing, and she believes her privacy rights were violated during it. (All of which is under review by the Education Department; UNC no longer uses the Honor Court to handle sexual assault cases.)

Hudson said the university is committed to “providing policies and procedures that are fair for everyone.”

Gambill also announced the Honor Court charge on Facebook over the weekend, stating the “punishment of survivors for speaking out is unacceptable” and that she plans to continue her public advocacy for victims.

Friends of Gambill’s began changing their Facebook icons over the weekend to a solid blue square with the words “I Stand With Landen.” UNC students and alumni also began tweeting with the hash tag #standwithlanden.

UNC has the potential at this point to stand up for sexual assault survivors. It has the potential to be a beacon of change for our nation — to be the example that justice can prevail and that survivors will not be met with even further victimization. By telling Landen Gambill that she could face expulsion for saying that she was raped, by denying the allegations that administrators ignored the best interests of sexual assault survivors, and by implying that it is not acceptable to challenge the school system on its inability to help survivors of sexual assault, UNC fails to be a beacon. The great “light on the hill” remains dark.

Since the OCR was filed, UNC has launched an internal review of its policies, and has brought in Gina M. Smith, an attorney who assisted Amherst College in its review of how sexual violence is handled.