World Travel News – Are pilots relying to much on automation? In February 2009, a Continental Connection flight crashed outside Buffalo, N.Y., killing 50 people. Four months later, an Air France jet crashed into the Atlantic, killing all 228 on board. Investigators say in both disasters, the pilots were relying on computers — automation — to fly the plane, and became confused when something went wrong. 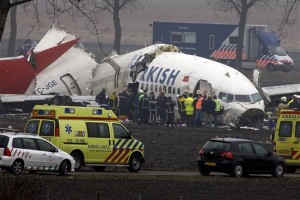 There is no question that automation has made flying safer. Today the autopilot is so advanced, as you’re sitting comfortably in your seat, computers are often flying the plane — even landing it, right down to the ground. But a new study at the University of Iowa is investigating whether automation is making pilots lazy in the cockpit, causing them to check out in flight. Researchers are testing their reaction times in an emergency.

“You’re spending 90 percent of your time being a supervisor, and as such you eventually lose touch of the stick and rudder skills,” explained Dr. Thomas Schnell, founder and director of the Operator Performance Laboratory at the University of Iowa, where the tests are taking place.

And losing touch of those skills could spell disaster. In 2006, an industry study interviewed hundreds of pilots and instructors and found a “pilot’s proficiency … in basic flying seems to diminish” the more they use automation.

“Pilots aren’t perfect,” admitted Capt. Sean Cassidy, national safety coordinator for the Air Line Pilots Association. “Fortunately, there’s two pilots in that flight deck. And the other pilot is always there to back up the person that’s assigned the task of flying.”

Cassidy says automation has made flying the safest it’s ever been. But just this year the FAA put out an alert urging pilots to focus on their manual flying skills, and Cassidy agrees with that recommendation.

“Is it perfect?” Cassidy said. “No. Could we work better at making sure that we’re guarding against (overreliance on automation)? Absolutely.”

Just this summer came another major airline crash: Asiana Flight 214, which slammed into the runway in San Francisco, killing three. Now the National Transportation Safety Board is investigating whether confusion over automation played a role there too. As for the NASA study, researchers say it will take two years for the final results to come in.

Where do English Teachers Live in Costa Rica?