Today is a big day for the Costa Rica start-up airline, Air Costa Rica, as its first airplane goes in maintenance work, readying it for a July, to take on its first passengers.

The manager of the airline, Carlos Viquez, confirmed that the aircraft, a Boeing 737-300 arrived in Costa Rica on March 24, but it isn’t until today, May 16, that the work begins.

The airplane, with a capacity of 149 passengers, acquired by Air Panama, sister airline of Air Costa Rica and brought in from Ireland, is currently yellow and while. The airplane will be painted all white to include the Air Costa Rica blue and red logo and the flag of Costa Rica on its tail. The aircraft registration will start with TI (Tango India), which indicates Costa Rica nationality.

Air Costa Rica is scheduled to take delivery of three more aircraft, one more Boeing 737-300 and two Fokker 100. The latter for use for travel in Central America. 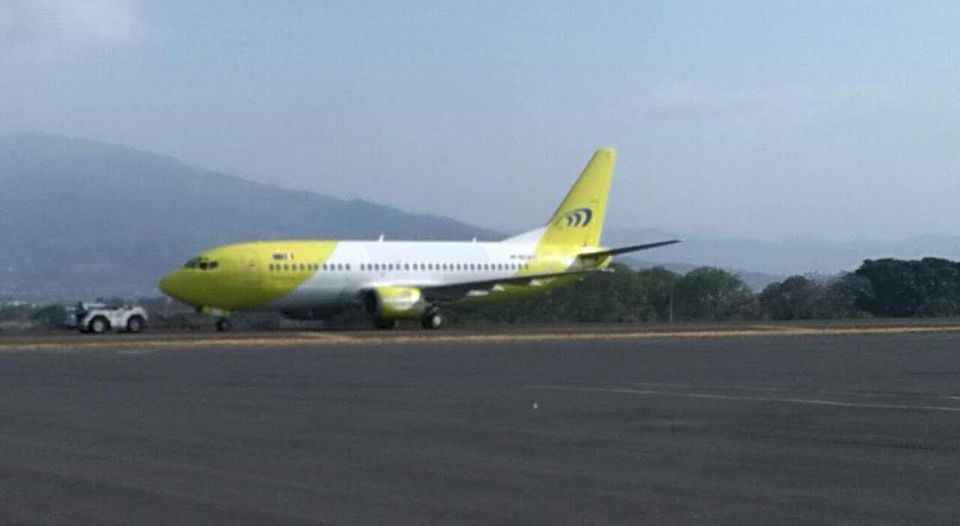 The first flights for the new airline will be charter destinations such as Punta Cana (Dominican Republic), Roatan Island (Honduras), San Andres and Cartagena (Colombia.

The first scheduled flight is expected to begin in November, Guatemala the chosen destination.

The exact date of the first flight is still up in the air, the airline waiting on certification by Guatemala authorities, which can take from three to six months. In addition, once they have certification, it may take up to three months to market the flights.

According to Viquez, the airline will begin in June certification for Panama and Bogota (Colombia). Miami will follow, but that is still ways away, given that certification in the U.S. requires an airline to have operated scheduled flights for at least six months.

“An airline cannot open all destinations at once, because each destination represents an investment of between US$200.000 and US$300.000 dollars,” said Viquez.

Air Costa Rica is the trade name of Tica Airlines, a joint investment with Air Panama.