A Woman From Alabama Became the First Lady of Costa Rica

Costa Rica News – The remarkable story of Alabama resident and former First Lady of Costa Rica, Henrietta Boggs Macguire, and her role in the 1948 Revolution will hit the big screen this weekend as part of the 2016 Sidewalk Film Festival. 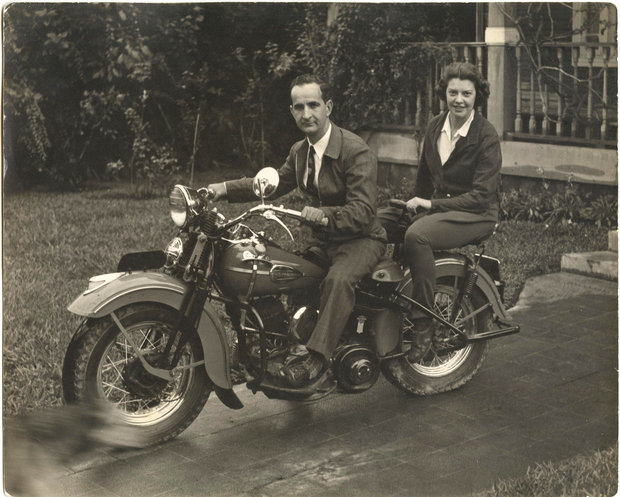 “First Lady of the Revolution” tells of the 1948 Revolution in Costa Rica from the viewpoint of one of its most improbably figureheads, Henrietta Boggs. As a young woman, Boggs met and fell in love with Jose ‘Don Pepe’ Figueres and left her home in Birmingham behind to play an important role in the shaping of Costa Rica’s democratic identity.

Through her marriage to Figueres, who would ultimately become president of Costa Rica, Boggs acted as First Lady and became an integral part of a decade of activism, politics and lasting reform.

“First Lady of the Revolution” Director Andrea Kalin said she felt compelled to document Boggs’ story after meeting the 98-year-old during a party in 2009. Kalin said she, along with most of the guests, were captivated by Boggs immediately thanks to her unique look on life and mesmerizing storytelling skills.

“She is just this study of contrast,” said Kalin. “She calls herself a revolutionary, and she calls herself a southern lady, but she kind of defies all categorization. I found her fascinating, and her story is so novelistic. You can’t make this kind of stuff up.”

Kalin said she was eager to create a film that offers a different vantage point of the 1948 revolution. While there are plenty of educational resources that can offer information about the revolution and Figueres, Kalin said there are some moments only Boggs was able to experience.

“It’s like if Martha Washington wrote a tell-all,” said Kalin. “She was present with this man, who is this legendary figure that was making these bold, visionary steps in this very tumultuous time. You have a southern belle who just, on a whim, dropped into this incredibly exciting sequence of events. Seeing it through her eyes, it offers these very rare insights into it all.”

Kalin said one of her plans for the film is to use it as an educational tool to promote exchanges between students in Costa Rica and the South through Skype classrooms. After watching the documentary, students will be able to communicate about their cultural differences and will hopefully take away a message of empowerment.

“I love how she connects with generations today,” said Kalin. “She, in her story, made a point to not be a lemming to circumstance. She chose to use her voice, use her capabilities and defy her restrictions. I think that’s what one of the major themes of the film is, despite your circumstance, you can do more than you might think.”

Given that Boggs was once a resident of Birmingham and studied at Birmingham Southern College, Kalin is hopeful that viewers at this weekend’s Sidewalk Film Festival will be able to recognize Boggs as a local who made important contributions to history on a global scale.

“It’s important to know about the women who have contributed to both their local communities and globally by making a difference and pursuing their passions. Because it’s Sidewalk Film Festival and in Birmingham, I want people to know that there are other local heroines besides Harper Lee and Zelda Fitzgerald.”

Beyond her local connections, Kalin said Boggs is an inspiration to all women thanks to her determination to remain strong and vibrant in a time when women were often penalized for speaking up.

“We don’t often get a chance to meet someone that’s nearly 100 years old and utterly captivating,” said Kalin. “She lived through so many major transformative movements so she has this very profound, yet approachable, way of looking at life. How she found a way to make a difference, it’s incredible.”

“First Lady of the Revolution” will premiere at 11:40 a.m. on Saturday at First Church Birmingham. You can learn more about the film here.

Will the Taxi Protests Against Uber Continue in Costa Rica?